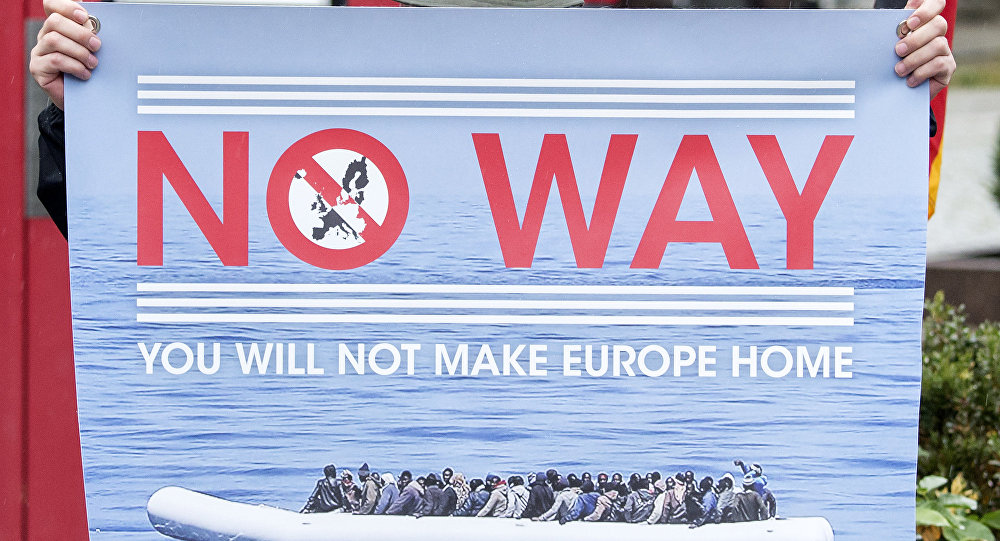 The current migrant and refugee crisis facing Europe has led to an increase in the threat of terror, with reports of ISIL using the crisis to send terrorists, posing as refugees. Yet the most significant threat is from right-wing groups within Europe.

© Flickr / Gustave Deghilage
Europe's Refugee Plan: Papering Over the Cracks as Divisions Deepen
Police in Norway have said the internal security risk has increased as a result of the refugee and migrant crisis in Europe, but that it is right-wing groups that pose the biggest threat, in an assessment similar to other countries across Europe.

Benedicte Bjørnland, head of the Norwegian Police Security Service (PST), posted on its website an announcement saying the major threat was from right-wing extremist environments, similar to those exposed by the PST Swedish counterpart Säpo.

She said the current crisis is expected to have: "adverse consequences for threats linked to the extreme-right scene. This is because opposition to immigration is one of the most important issues and an important mobilizing factor for the groups.

The notion of people fleeing extremism/ISIS — becoming an extremist? i.e. Syrian and Iraqi refugees. Does this even make sense?

"There is also a potential for far-left extremist groups in Norway can muster around issues related to the refugee crisis. An escalation of the conflict with the extreme right could lead to counter-reactions and violent clashes between right and left-wing extremists," she said.

She denied reports of evidence of ISIL infiltrating the refugees to carry out terror plots, saying the threat was more likely to be internal.

"It is considered unlikely that the Norwegian asylum system is being used by groups like ISIL and al-Qaeda for asylum seekers arriving with violent intentions."

'Surge of the Extreme Right'

Her comments come a day after European Commission Vice President Frans Timmermans said that unless the migrant crisis in Europe was addressed properly there would be a surge of right-wing extremism across the continent.

We could do so much better with a more integrated form of cooperation on border protection https://t.co/eo4Wt92yzC

Timmermans also said that there needed to be better protection of the European Union's borders to deal with the hundreds of thousands of migrants fleeing war and poverty in the Middle East, Asia and Africa.

"We have to make sure that those countries where people arrive are better placed to make sure people are registered, that people who don't have the right to asylum are returned swiftly," he told BBC radio.

There has been a rise in the number of arson attacks on asylum hostels in Germany, many of them perpetrated by right-wing extremists. Officials are concerned that neo-Nazi networks may be spreading across the country.

© AFP 2019 / JENS SCHLUETER
Supporters of the German right-wing movement PEGIDA (Patriotic Europeans Against the Islamisation of the Occident) hold up a poster showing German Chancellor Angela Merkel in a uniform with an Euro-logo-armband as they attend a PEGIDA rally on June 1, 2015 in Dresden, eastern Germany.

In another country that has been welcoming to refugees, Sweden, anti-racist foundation Expo says the number of neo-Nazi propaganda actions has reached record heights. "It's an enormous increase. Just in a couple of years, in three years' time, it has almost doubled. We have never seen this many activities before," Expo investigator Anna-Sofia Quensel told Swedish Radio.