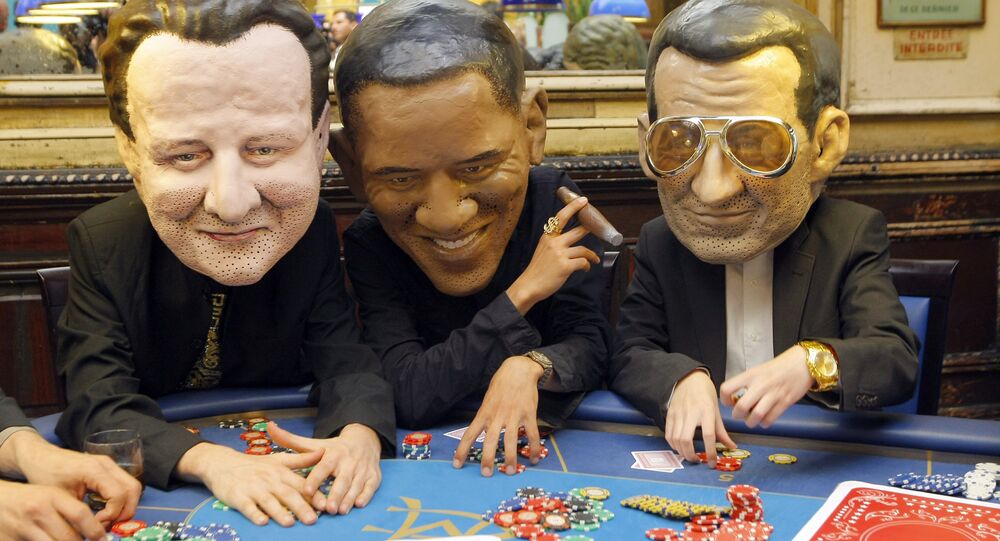 A leading French politician has said the current refugee crisis was precipitated by flawed western policies, including the invasion of Iraq in 2003, the bombing of Libya in 2011 and the demonization of Russia and Iran.

Marie-Francoise Bechtel, a member of the Citizen and Republic Movement, has said the regime change doctrines followed by the West in both Iraq and Libya were two major factors in the destabilization of North Africa and the Middle East, leading to the current migrant and refugee crisis.

These were compounded by western antagonism against both Russia and Iran, both of which were fully capable of being part of a solution to the troubles in Syria. She also blamed "perverse" games being played by the Gulf States.

"This is a global issue," she told Le Figaro.

"Criminal errors committed by the United States, in particular with the second Iraq war, the irresponsible expedition into Libya in 2011 led by [UK Prime Minister] Cameron and [former French President] Sarkozy, which was the direct cause of much of the influx of migrants, the demonization of Russia and until recently Iran, which could have helped find a solution to the Syrian conflict, not to mention the perverse game played by the Gulf States and Turkey in the rise of terrorism."

© Flickr / Javier Díaz Barrera
UK Political Establishment Accused of Undermining Iraq War Inquiry
In the run-up to the invasion of Iraq in 2003, there was a diplomatic impasse in trying to agree a United Nations resolution on the invasion of Iraq, with many split over US policy, there was a suggestion that the major factor was regime change in order to push Saddam Hussein out of power.

The issue was particularly controversial in the UK when — then — Prime Minister Tony Blair denied regime change was at the heart of his deal with George W. Bush.

The aftermath of the invasion of Iraq saw the country descend into civil war which has finally led to the current situation with ISIL dominating large parts of the country. Writing in the Wall Street Journal in 2002, Bush's former National Security Adviser Brent Scowcroft wrote:

"Possibly the most dire consequences would be the effect in the region… there would be an explosion of outrage against us… the results could well destabilize Arab regimes [and]… could even swell the ranks of the terrorists."

In 2011, Britain joined France and the US in the air strikes to allow opponents of Muammar Gaddafi to take control of the major cities of Libya, which eventually led to the regime change they sought and the toppling and eventual death of Gaddafi.

In the aftermath, in September 2011, the UK Prime Minister David Cameron and French President Nicolas Sarkozy were given a rapturous reception as they toured Tripoli and Benghazi.

"It is great to be here in free Benghazi, and free Libya," Mr Cameron said. "Your city was an inspiration to the world as you threw off the dictator and chose freedom. People in Britain salute your courage."

"You wanted peace, you wanted liberty, you want economic progress. France, Great Britain and Europe will be on the side of the Libyan people."

Bechtel argues that the answer to the current refugee crisis lies at the doors of the United Nations — meeting this week for its 70 session — where all nations responsible for the current global political situation should shoulder the responsibility for the refugee crisis proportionately.

"The remedies must be proportionate to the responsibilities involving all States responsible for the situation we are living in," she said.