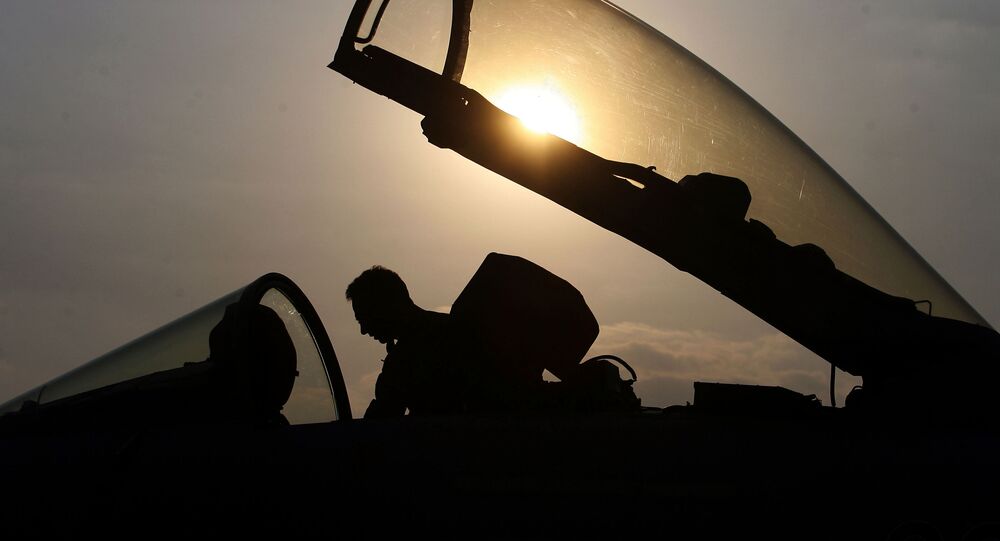 NATO jets patrolling the skies over the Baltic countries with full ammunition loads is shear madness, Sahra Wagenknecht, a lawmaker of the Left faction in the German Parliament, said.

"This is a very dangerous military game creating the threat of war for the entire Europe," the politician was quoted as saying by Deutsche Wirtschafts Nachrichten.

According to her, those who sent German combat jets to Eastern Europe are "out of their mind."

The lawmaker also called for the German government to "immediately stop this madness."

© AP Photo / Geert Vanden Wijngaert
NATO to Examine Full Spectrum Deterrence Against Russia By 2016
Last week, it was reported that fully armed German Air Force Eurofighter Typhoon jets had started patrolling the airspace of the Baltic States. In contrast with September – December 2014, the aircraft will carry enough ammo for a real fight: a gun, infrared short-range missiles, radar-guided medium-range missiles and an electronic defense system with decoys that are ejected at a threat.

According to the military, the move was intended to train German pilots.

Recently, Berlin adopted a new military doctrine considering Russia as an enemy, the article added. It read that the US, in turn, is planning to deploy their nuclear missiles to Germany.