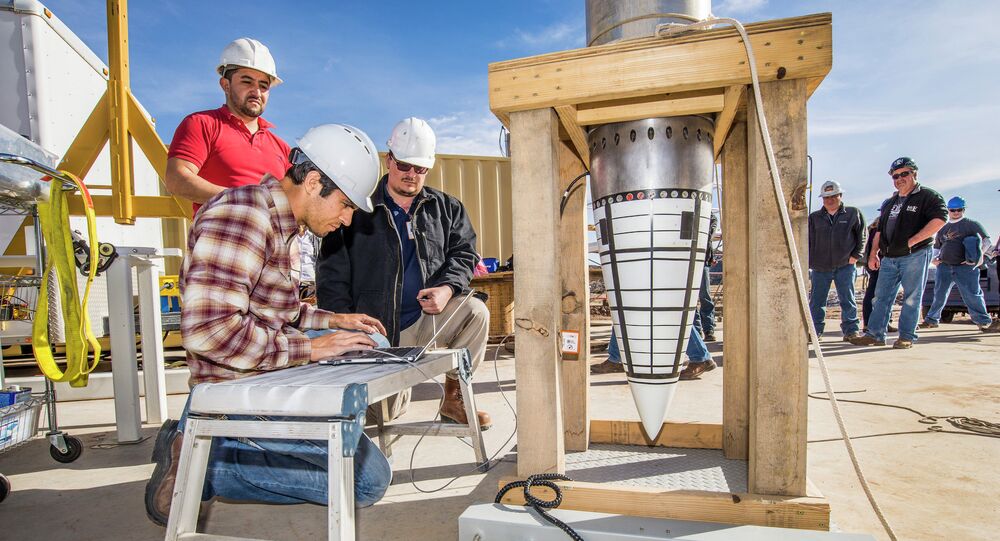 Washington’s plans to deploy nuclear weapons in Germany will upset the strategic balance of forces in Europe, a leftwing German MP warned on Thursday.

“The expansion of the missile defense shield is definitely posing a threat to Russia. We already have a nuclear deal with Iran, but NATO is still pushing ahead with its missile defense plans, which means that they were aimed against Russia from the very outset,” Alexander Neu, a member of the German parliament from the left-wing Die Linke party, said in an interview with Russia’s RIA Novosti news agency.

© REUTERS / Sergei Karpukhin
Russia Warns of ‘Strong Response’ to US Nukes in Germany
“The Americans decided on this back in 2010. Simultaneously, the German Bundestag instructed the government to make sure that nuclear weapons were taken out of the country. Now it looks like the Americans have done what they intended four years ago,” Neu added.

Alexander Neu warned that Washington’s plans, backed by its German partners, would upset the strategic balance of forces in Europe and would automatically turn Germany into a “battlefield.”

The German television station ZDF on Tuesday cited a Pentagon budget document saying that the US Air Force would deploy modernized B61 nuclear bombs to Germany's Buchel air force base this fall — replacing the 20 weapons already at the site.

The German Defense Ministry refused any comment, while a Pentagon representative told Sputnik that the United States did not see the planned deployment as a violation of existing agreements.

"This could alter the balance of power in Europe," Kremlin spokesman Dmitry Peskov told reporters at a news press conference on Wednesday. "And without a doubt it would demand that Russia take necessary countermeasures to restore the strategic balance and parity."