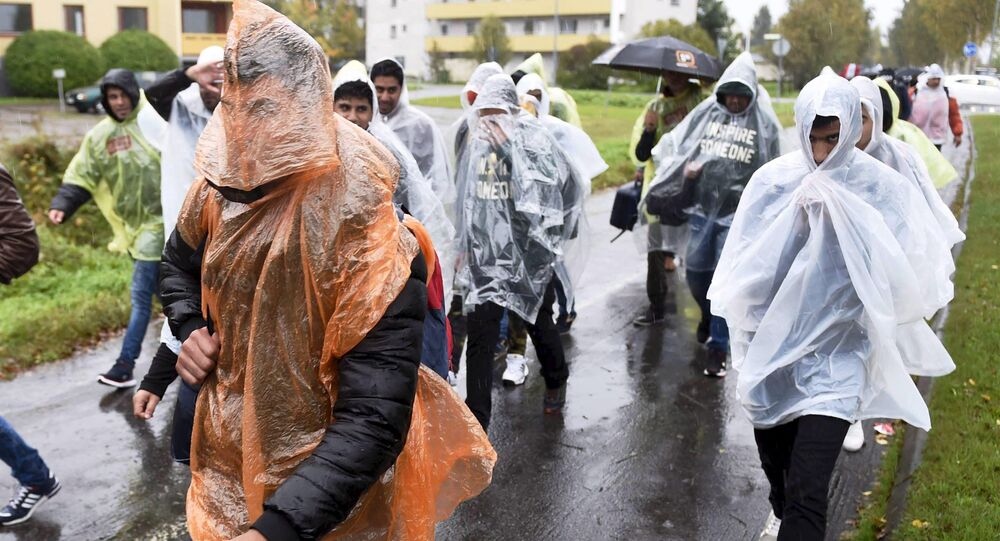 Finland’s Red Cross plans to lease a passenger ship to accommodate incoming migrants as the country’s authorities are desperately looking for premises for the hundreds of refugees, mainly from Iraq, who have poured into the country from Sweden in recent days, local media reported.

Over 500 migrants arrived at the border town of Tornio on Wednesday and an additional 700 had been registered since Monday. Up to 50,000 asylum seekers are expected to arrive in Finland this year, compared to 3,651 last year.

Sipila, whose Center Party is in coalition with the anti-immigrant Finns Party, has repeatedly advocated greater solidarity with those seeking refuge in Europe from wars and hardship in the Middle East, Asia and Africa.

Refugee centers in the Nordic country now housing around 5 million inhabitants are being severely strained by an unprecedented flow of arrivals.

Finland has been a favorite destination for people from Iraq, Somalia and Afghanistan, according to the Interior Ministry, while fewer Syrian nationals have been registered.