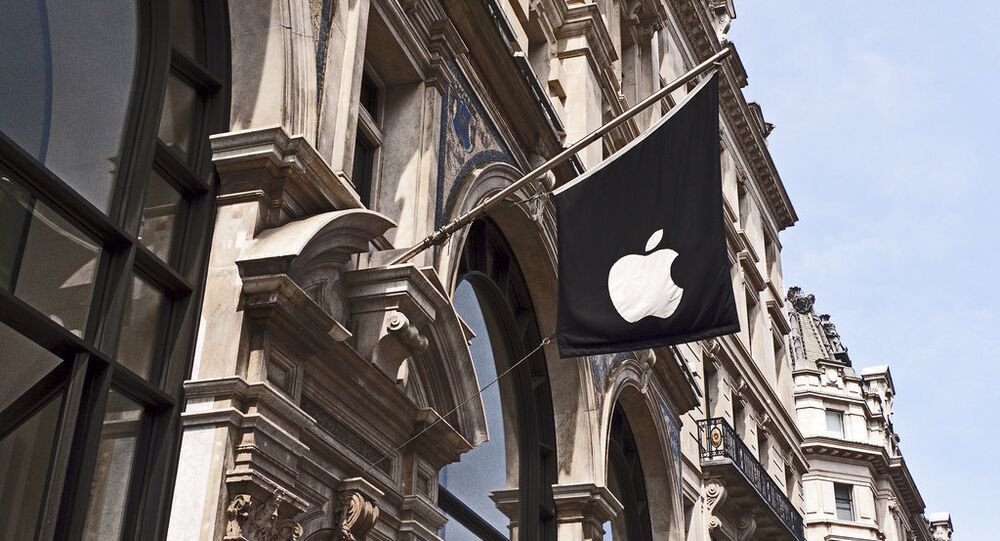 European lawmakers have accused Google, Apple, Facebook and Amazon of distorting the digital market by their dominance, while Silicon Valley has hit back at Europe's Single Digital Market, which they say is anti-US.

The latest spat between Europe and the US tech giants concerns the creation of a European Digital Single Market for the free movement of goods, persons, services and capital and where people and businesses can seamlessly and fairly access online goods and services: whatever their nationality, and wherever they live.

So much going on in EU #startups communities — let them scale up across EU, help make #DigitalSingleMarket a reality pic.twitter.com/vlIlqbVxda

However, in drawing up the rules of engagement, US lawmakers and tech companies have become suspicious that Europe is setting up a system of regulation designed to favor European internet companies and interests.

Now, a group of lawmakers from the European Parliament have signed an open letter – released as a statement – which says:

"We are surprised and concerned about the strong statements coming from  US sources about regulatory and legislative proposals on the digital agenda for the EU. While many of these are still in very early stages, President Obama spoke of 'digital protectionism', and many in the private sector echo similar words."

"We have owned the Internet" — Obama

They were referring to Obama’s interview with website Re/code in which he said: "In defense of Google and Facebook, sometimes the European response here is more commercially driven than anything else.

"There are some countries like Germany … that are very sensitive to these issues. But sometimes their vendors — their service providers — who can’t compete with ours, are essentially trying to set up some roadblocks for our companies to operate effectively there.

"We have owned the Internet. Our companies have created it, expanded it, and perfected it, in ways they can’t compete. And oftentimes what is portrayed as high-minded positions on issues sometimes is designed to carve out their commercial interests."

The European lawmakers denied the accusation of 'digital protectionism' saying:

"We have different ideas on privacy and platforms, net neutrality and encryption, Bitcoin, zero-days or copyright. We  will seek to improve and change any proposal from the European Commission, in the interest of our citizens and of all people."

Referring to accusations that Europe is particularly hard on Google, Apple, Facebook and Amazon they added: "The acronym 'GAFA' is not one we ever use, and we do not see legislation as a way to manage the growth of companies."

The European Commission accused Google of distorting web search results to favor its shopping service. In April, Competition Commissioner Margrethe Vestager said the American tech giant, which dominates Internet search engines worldwide, had been sent a Statement of Objections — effectively a charge sheet — to which it can respond by the end of August. A final resolution — possibly involving court action if Google does not choose to settle — is likely to take many months and probably years.

Meanwhile, the European Commission is investigating Google, Apple, Facebook and Amazon – as well as Starbucks, McDonald’s and Coca Cola – over claims they are using aggressive tax plans to reach special deals with EU member states – chiefly Luxembourg and Ireland – to channel profits through them in more benign tax regimes than those in which the transaction actually took place.

At this stage the Commission has opened just three in-depth investigations to examine whether decisions by tax authorities in Ireland, The Netherlands and Luxembourg with regard to the corporate income tax to be paid by Apple, Starbucks and Fiat Finance and Trade.

However, it has called for evidence of the other companies, including the four tech giants.Facebook on Thursday faced further humiliation when an opinion was laid down by the European Court of Justice deeming it legal for EU nations to prevent personal data being transferred to servers in the US, if they believed US intelligence services would have access to it, breaching their human rights.