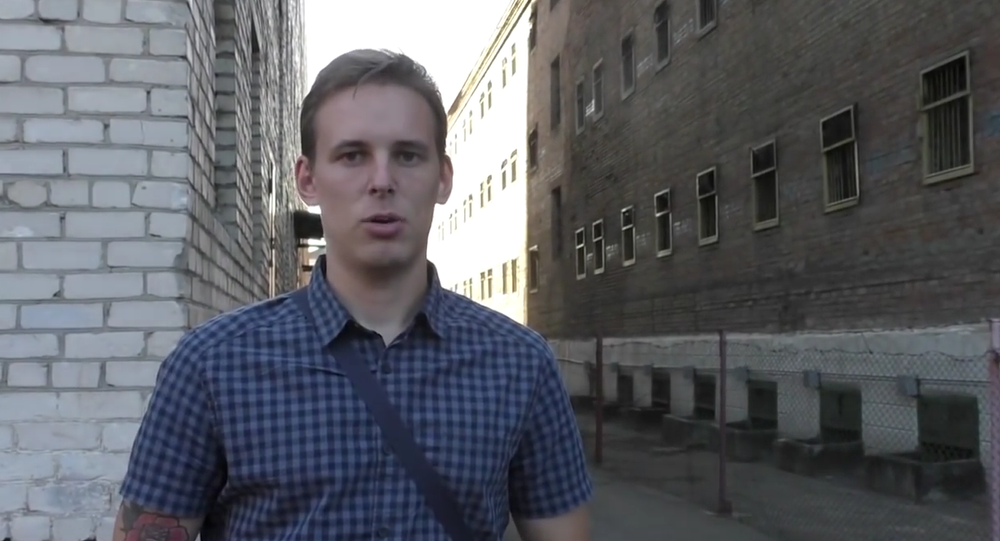 After realizing the scale of lies surrounding the Ukrainian conflict, Italian citizen Vittorio Nicola Rangeloni decided to find out the real situation for himself and went to Ukraine. He joined the side of the Donbass militia, but chose not to do so with a gun, instead opting for a camera and a microphone.

"I realized that the militia wasn't experiencing a shortage in fighters. At the same time, there was a huge information hole in the coverage of what's really going on here," Rangeloni said, as cited by the Italian newspaper.

© AP Photo / Alexander Zemlianichenko
UK Journalist in Ukraine Ashamed of Misrepresentation of Events in Donbas
The Italian volunteer is now a correspondent for the news company LNR Today. Rangeloni said he was tired of hearing what other news agencies write about Donbass from 2,000 kilometers away, oftentimes outright lying about the real state of affairs.

"That's why I thought that broadcasting what I see with my own eyes, without any filters, could be a good contribution in this war," the Italian journalist said, as quoted by Il Giornale.

Recently, Kiev authorities arrested another Italian citizen, Francesco Estatico. The young man was recently arrested by Kiev authorities while trying to cross into Donbass. When talking about the incident, Rangeloni said Estatico isn't the only foreigner trying to join the Donbass militia.

© Flickr / ResoluteSupportMedia
Italian Volunteers Fight in Donbass Alongside Militias
The journalist added that many people contact him, trying to find out how they could join the ranks of the militia, Rangelini said, adding that he tries to dissuade those who have no military training and don't speak Russian.

The overall situation in eastern Ukraine is still unstable, that's why it's hard to predict the future of the Donbass republics. Local residents, who have all lost a relative or two during the war, will never agree to live under the Kiev administration again. At the same time, Donbass won't join Russia and the only solution could be to build a politically and economically independent state, the Italian journalist concluded.