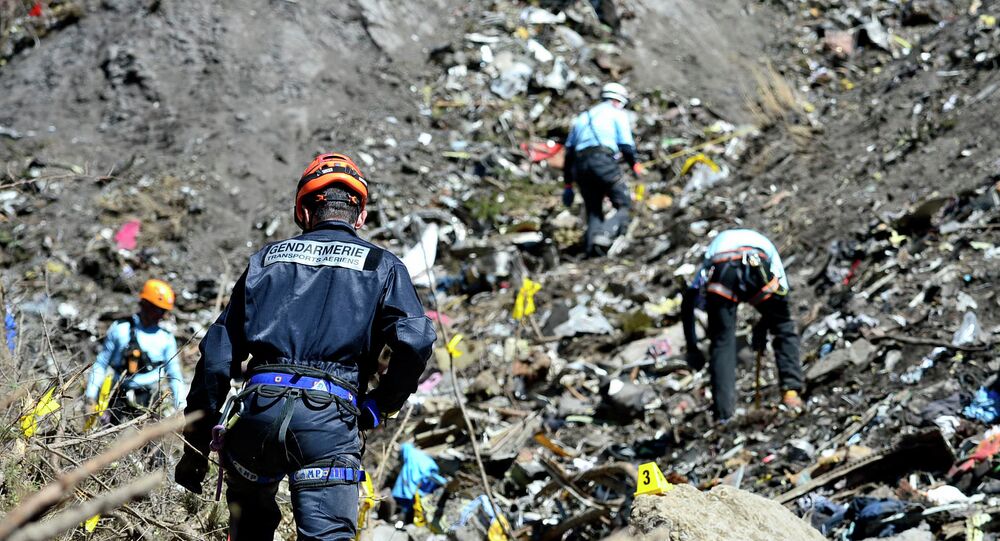 The European Commission (EC) is about file a lawsuit against Germany, which has a different system of extending pilots' licenses than the rest of the EU, for allegedly breaching joint air safety system, an unnamed source told Reuters.

© AP Photo / Martin Meissner
Germanwings Crash: Victims' Families Reject Measly Compensation Offer
The lawsuit comes on the heels on the infamous Germanwings plane crash of 2015, where co-pilot pilot Andreas Lubitz locked himself up inside the cockpit, preventing anyone to enter and crashed the aircraft that was flying from Barcelona to Dusseldorf into the French Alps, killing over 150 passengers on board.

After the crash it turned out that Lubitz had skipped several training sessions before flights because of long-lasting depression, but he was given out a new pilot’s license by German authorities anyway.

The air company representatives excused themselves afterwards by claiming that Lubitz had passed all medical tests needed for controlling the airliner.

European experts, who were investigating the case, called on the authorities to improve the pilots’ testing scheme and check them more properly.