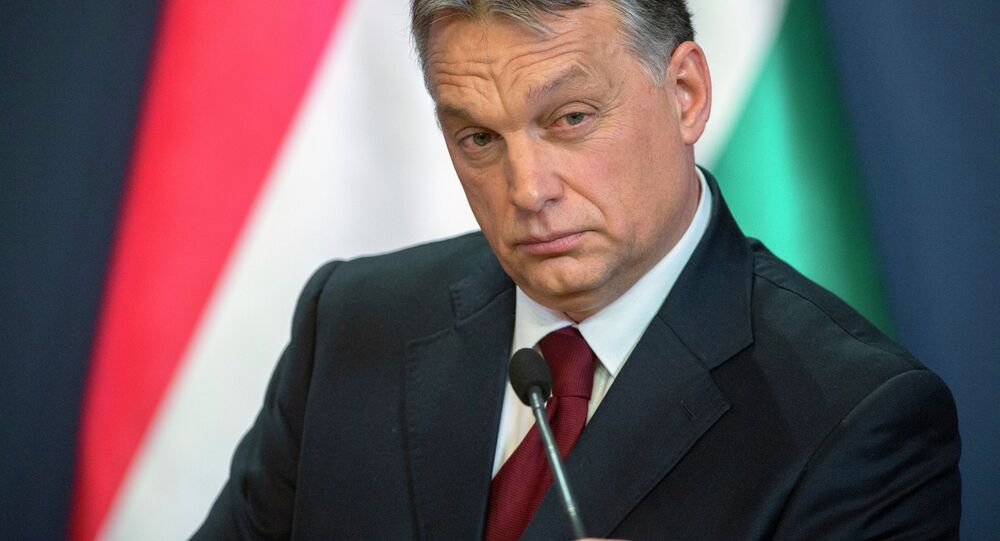 Orban, known for his tough stance on migrants, accused Merkel of trying to impose her vision of an open EU on the rest of the bloc, AFP reported.

"The most important thing is that there should be no moral imperialism," he said during a visit to the southern German state of Bavaria.

There is a growing east-west split within the EU after ministers – over opposition from eastern European states, including Hungary – forced through a controversial deal Tuesday to share out 120,000 refugees, AFP reported.

"We'd accept Germany either allowing all migrants in or not allowing any in. But whatever Germany decides should only apply to Germany," Orban said. His country had a "democratic right" to a different approach in the migrant crisis.

"We are Hungarians however, we cannot think with German minds. Hungary should have the right to control the impact of a mass migration," he said. "The Hungarian people don't want this. We ask that the wishes of Hungarians be respected."

Orban instead revisited a plan that includes persuading Greece to hand over its borders to EU countries willing to help police them, as well as separating asylum-seekers from "economic migrants" before they reach the passport-free Schengen zone, AFP reported.

© AFP 2020 / ATTILA KISBENEDEK
Directed by Hungarian police officers, migrants make their way through the countryside after they crossed the Hungarian-Croatian border near the village of Zakany in Hungary to continue their trip north on September 21, 2015.

He also proposed involving countries around the world to take in their share of the hundreds of thousands of refugees who have overwhelmed places like Italy and Greece.

To prevent migrants from entering, Hungary has built a fence at its border with Serbia and passed laws allowing imprisonment for those who cross illegally. Last week, police used a water cannon and tear gas to turn away migrants.