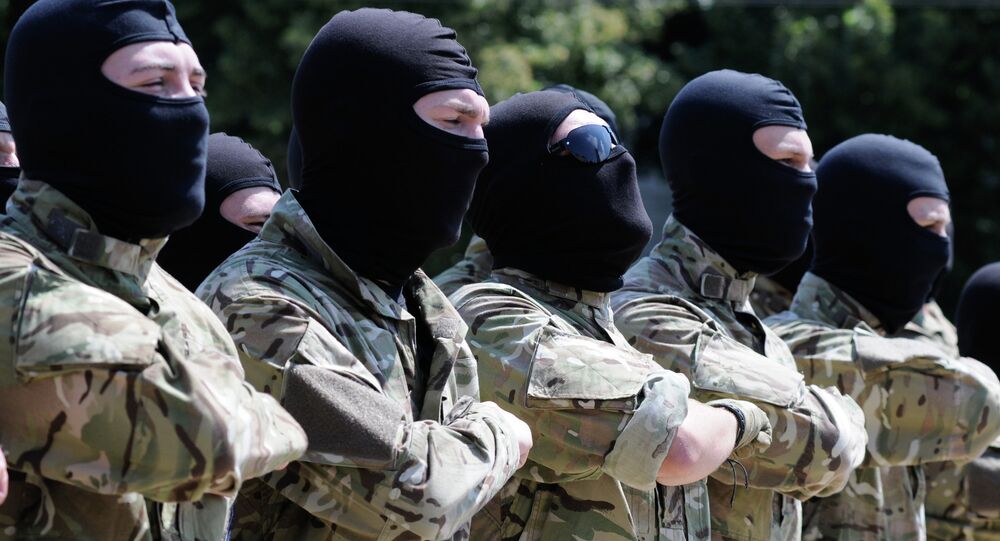 Despite the Minsk peace agreements that entailed the end of fighting and removal of troops from the line of contact in eastern Ukraine, there are still foreign mercenaries in Donbass among Ukraine’s Azov Battalion who are ready to fight.

Denis Seler, a Croatian volunteer who has been fighting in eastern Ukraine for over 8 months on the side of the Kiev army, told information channel Ukraine Today (UT) in an interview.

Seler said he was fighting in Ukraine to defend the country's constitution against what he called "separatists" in Donbass.

"My job is to fight… to defend Ukraine from open aggression… I couldn't sit at home in Zagreb and so I came here to fight," Seler told Ukraine Today.

Southeastern Ukraine is heavily damaged by a long-term military operation against local independence supporters, launched by Kiev authorities in April 2014. In February, the Kiev government and militias signed a ceasefire agreement in the Belarus capital, Minsk.

Alexandr Maksimenko
Who Is White-Washing Ukraine's Azov Battalion?
In February, the leaders of Russia, Ukraine, France and Germany hammered out a ceasefire deal in Minsk, Belarus, signed by representatives of the Kiev government and militias from eastern Ukraine.

The deal stipulated a truce, prisoner swaps and constitutional changes, among other points. The deadline for the complete implementation of the Minsk deal was agreed to be the end of 2015.

Last month, representatives of the self-proclaimed Donetsk and Lugansk people's republics (DNR and LNR) in the Donbass region of eastern Ukraine said they supported an initiative to extend the February Minsk agreements on Ukraine reconciliation through 2016.