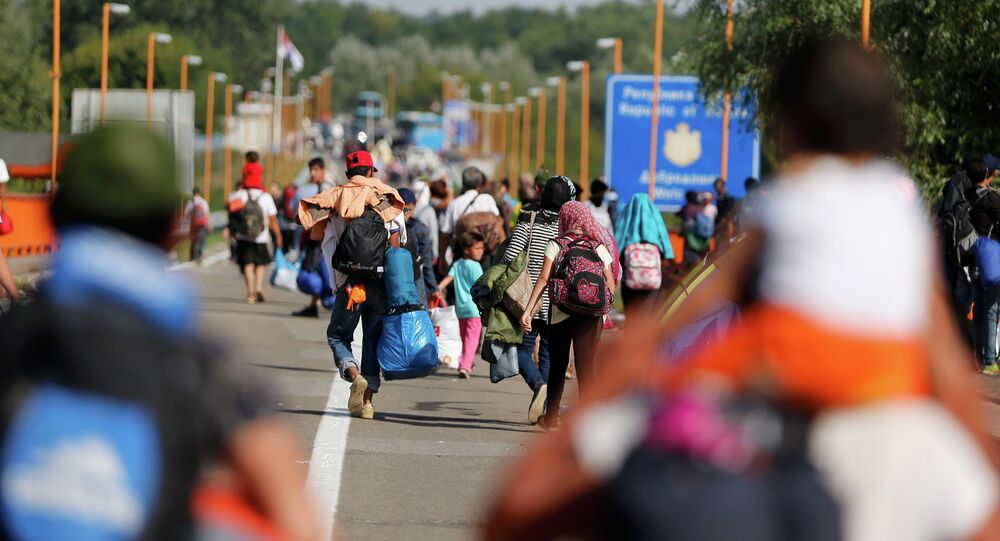 Serbian Prime Minister Aleksandar Vucic said on Wednesday that he had requested an explanation from the European Union leadership in relation to Croatia's decision to close its border with Serbia.

© REUTERS / Marko Djurica
Serbia and Croatia Threaten Sanctions War Over Migration Routes
BELGRADE (Sputnik) — Last week, Croatia closed traffic on seven of its eight land border crossings with neighboring Serbia, as its authorities judged that the country could not handle any more refugees.

Thousands of refugees have been crossing into Croatia on a daily basis, in search of alternative routes to Western Europe after Hungary had sealed its border with Serbia.

According to Vuciс, Croatia's has offered no explanation for its decision, which had been made unilaterally, leading him to believe that it was an attempt to "annihilate the Serbian economy."

"I have requested clarifications, explanations, and have asked for understanding. I have asked the European Union to intervene because we have not been taking action for three or four days already," Vucic told reporters.

© REUTERS / Marko Djurica
Serbia Threatens to Take Countermeasures if Croatian Border Remains Closed
Croatia is an EU member state bordering the bloc's Shenghen Zone, where internal borders have been abolished to allow passport-free movement and border controls are only allowed to be introduced temporarily and in exceptional circumstances.

In recent months, Europe has been facing an enormous influx of migrants fleeing war and poverty in the Middle East and North Africa. Over half a million refugees have arrived in the European Union so far this year, according to European Commission estimates.

On Wednesday, Serbian Ambassador to Russia Slavenko Terzic said that Belgrade was planning to adopt countermeasures should the Croatian border crossings with Serbia remain closed.