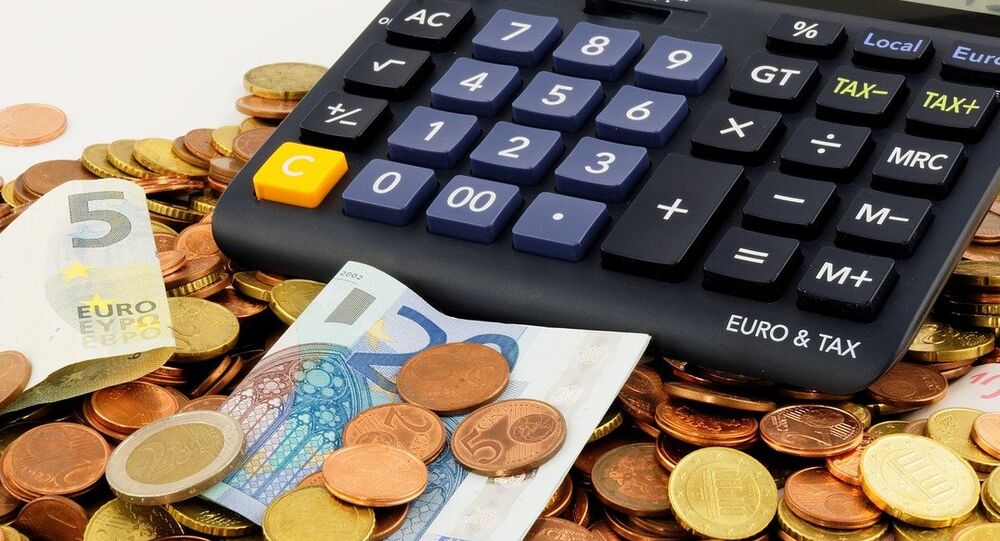 Lawmakers in the European Union say they have doubts that the fight against "aggressive" tax saving plans by the likes of Amazon, Barclays, Coca Cola, Facebook and Google can be sustained because of a lack of political agreement.

© Photo : Pixabay
EU Fails to Nail Multinational Tax Evaders
The European Commission is already running inquiries into a number of member states, including Luxembourg and Ireland, which have agreed special tax packages for multi-national companies. Corporations then flow their profits on goods traded in other countries though that member state, making significant tax savings.

However, despite having set up a special committee to look into the issues, lawmakers have said it may never be possible to apply the same rate of corporation tax throughout Europe, because some member states will be reluctant to comply.

In a statement released Wednesday by the Special Committee on Tax Rulings (TAXE) with finance ministers from Luxembourg, Italy, France, Spain and Germany, it said: "MEPs expressed concerns about the unanimity rule in the Council on tax issues and doubts as to whether all 28 member states are really willing to progress in the fight against 'aggressive' tax planning practices."

The investigation by the committee was triggered by the LuxLeaks scandal, where it was revealed that that there were more than 500 private tax arrangements between the Luxembourg tax administration and more than 300 multinational corporations between 2002 and 2010. It showed the extent of the use of deals featuring complex financial structures designed to obtain drastic tax reductions.

Many of the corporations are alleged to have made arrangements to channel profits from transactions in EU member states through Luxembourg and other countries, including Ireland, which offered lower levels of taxation than the country where the transaction took place.

#Sapin calls for treaty change to adopt fiscal measures with #QMV. Wants #tax ruling directive to be adopted by the end of 2015. #luxleaks

TAXE has said it may introduce sanctions against multinational companies for failing to take part in their investigation into agreements between some member states and the companies for beneficial tax status.

Apart from having to deal with member states which come to local agreements with the multinationals, the committee is also frustrated that giants such as Amazon, Barclays, Coca Cola, Facebook, Fiat Chrysler, Google, HSBC, IKEA, McDonald’s, Philip Morris, Walmart and Walt Disney all declined an invitation to meet with the committee.

"There is a lot of secrecy around tax rulings. Member states are not transparent about their rulings and exchange very few of them. Companies move cash around in various ways, they have pricing arrangements, managerial arrangements or lending between branches."

In 2011, global tech giant Apple, which has a huge campus in California employing over 12,000 staff, announced that $22 billion of its profits  – almost two-thirds of its global profits – were made by a handful of companies registered in the group's relatively modest offices north of Cork, in Ireland.

Luxembourg is also home to many shell companies where profits of multinationals book their profits on transactions made elsewhere. Embarrassingly, its former Prime Minister is Jean-Claude Juncker, the current President of the European Commission.

Juncker was Prime Minister of his native country from 1995 to 2013, as well as Minister for Finances from 1989 to 2009, during which time he proudly boasted of the duchy’s benign tax regime.

Embarrassing & revealing! @JunckerEU said nothing of substance and expressed no regret for transforming Luxembourg into a tax haven! #TAXE

The UK’s tax system allows for loopholes that companies can exploit to offshore profits and reduce their tax bill in the UK, using global tax havens, such as Anguilla, Bermuda, the British Virgin Islands, the Cayman Islands, the Turks and Caicos Islands, Gibraltar and Montserrat – as well as the Crown Dependencies of Jersey, Guernsey and the Isle of Man.