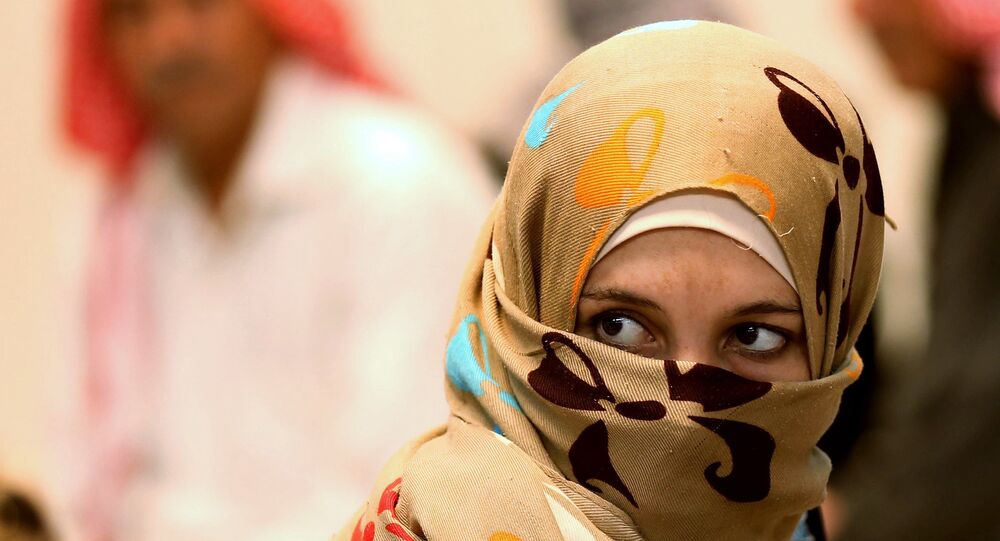 It's not just European leaders telling refugees to stay put, Islamic State propagandists are ramping up their rhetoric to dissuade refugees fleeing for Europe and instead stay and "honor the Caliphate".

© Flickr / Massimo Camussi
ISIL Preys on Migrants in Italy, Tries to Create 'Cappuccino Caliphate'
Videos have emerged on social media telling potential migrants that the West is an "imaginary paradise" and a "mirage" that will not give "safety nor dignity and not even luxury".

Over ten ISIL propaganda videos have been uploaded to jihadist social media accounts urging those considering the long journey to Europe to join them instead. One video shot in a town controlled by ISIL militants, a man says.

"We eat, drink, enjoy ourselves, have air-conditioning, cars, Internet and cell phones thanks to Allah."

But this isn't the first time life under Islamic State rule has been exaggerated to encourage people to join them.

© AFP 2020 / ARIS MESSINIS
Syrian refugees and migrants are escorted to be registred by German police officers upon arrival from Austria at the Munich's main train station late September 3, 2015.

The e-book, written in English, explained how to reach people already living in the Islamic State and once they're there — what to eat and drink.

Author Abu Rumaysah al-Britani wrote about the "succulent and juicy" kebabs and "fruity cocktails" and how the Caliphate readily accommodates coffee lovers, serving "some of the best lattes and cappuccinos around".

And recently jihadist propaganda leaflets hoping to "attract talent" emerged in Italy, describing the caliphate as "a Mediterranean climate worthy of a five star resort".

© Flickr / Teunie van Hernen
Stay Out! US Advertizing Agency Hired by Hungary to Send Migrants a Message
But, it seems these latest propaganda videos produced by ISIL militants are meant for people who have already fled, but are living in refugee camps in Lebanon — not yet on European soil.

The same group of people are being targeted by the Hungarian government which has commissioned an international advertising agency to help spread its anti-immigrant rhetoric to Syria and Afghanistan, warning refugees to stay away from the Eastern European country by posting full-page adverts in Lebanese newspapers.

The number of refugees and migrants reaching EU borders reached a record high in July of 107,500. Germany expects over 800,000 Syrian refugees to arrive this year.