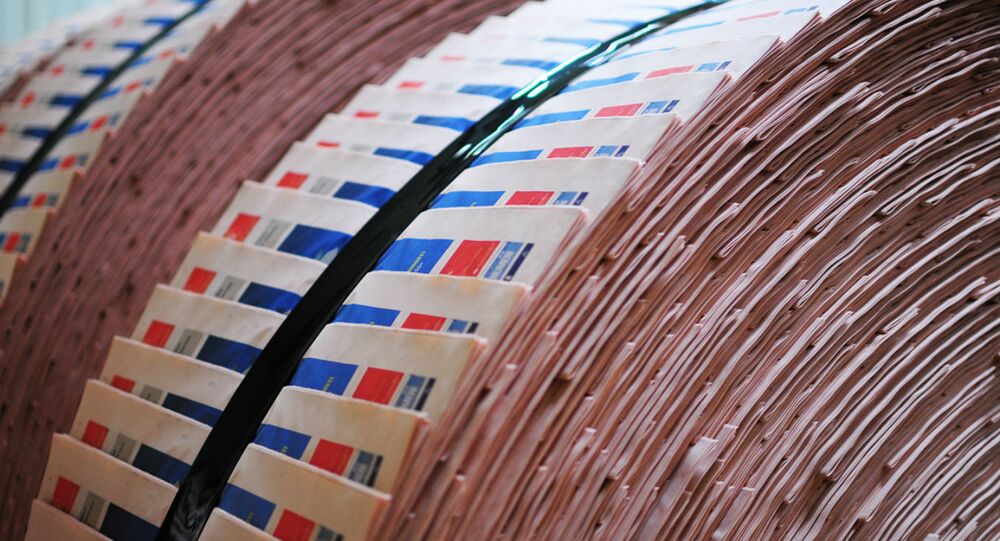 Amid rising paranoia over alleged "Russian aggression" in Eastern Europe, a number of governments in Europe have been cracking down on press freedoms. Free press advocate Dunja Mijatovic points out troubling attempts by the Baltic states and Ukraine to suppress a Russian viewpoint.

In recent days, Kiev has come under fierce criticism for its decision to blacklist over 40 journalists. Related to its sanctions against Russia over its alleged role in the country’s civil war, which Moscow has repeatedly denied, the blacklist seemingly targets any correspondents expressing views that don’t toe the Western line.

© Photo : Alessandro Bertoldi
Kiev Blacklisting of Journalists ‘Gateway to the End of Democracy’

"In the name of security, governments are adopting laws that can definitely have a negative effect on media freedom and freedom of expression, even in established democracies," Dunja Mijatovic told the Associated Press.

Mijatovic is a media freedom representative for the Organization for Security and Cooperation in Europe. Speaking to the AP at an OSCE conference in Warsaw on Tuesday, Mijatovic pointed out that a dangerous crackdown on press freedoms has also spread to the Baltic states.

"I think it’s the wrong way," she said. "That’s not the way democracies should be dealing with these things. Ensuring security in the country is not something that will happen by banning journalists."

"While considering Rossiya Segodnya International Information Agency’s application and the documents attached to it, it was discovered that they do not comply with the Latvian Constitution as well as a number of regulations," Latvia’s Register of Enterprises told RIA Novosti.

The Hungarian government has denied these claims.

"To say that this did not happen is quite cynical," Mijatovic said.

"Beating journalists, detaining them, asking them to delete footage, smashing their equipment is definitely not something I would want to see in any state, but talking about the EU and democracies, it’s totally unacceptable," she added.

Recently passed anti-terror laws in France and Spain have also raised concerns about freedom of speech. Granting those governments the power to conduct massive internet surveillance in the name of national security, the measures have critics have warning about the potential for abuse of civil liberties.

Mijatovic said those laws "represent a clear set-back in the protection of free speech."

Spanish Newspaper to Refrain From Protesting Over Kiev Blacklist