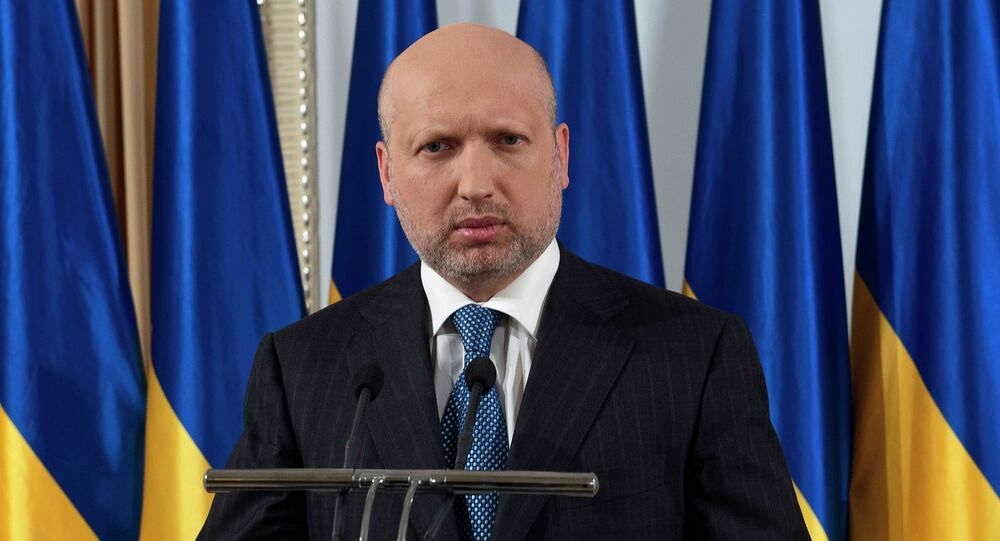 The publication followed a trail which links the Hungarian-registered corporation, whose records show it is headed by one Serhiy Pindych, to Turchynov's mother and wife who are listed as beneficiaries of another company owned by Pindych.

© AP Photo / Efrem Lukatsky
No More Money for Ukraine Unless Kiev Gets Rid of Corruption - Biden
According to Insider, Ukraine's government has fought the lottery business owned by Russian billionaire Mikhail Fridman, allowing the Turchynov-linked businesses to own nearly half of the market.

The new sanctions provide UNL Holding with a monopoly on the lottery market as the only other company licensed to operate lotteries, Ukraine's state-owned savings bank, has not used its license to operate the lottery. Despite all four companies' lottery licenses lapsing in 2014, they continued operating in Ukraine.

Spanish Journalist Sanctioned by Kiev Says Never Been to Ukraine