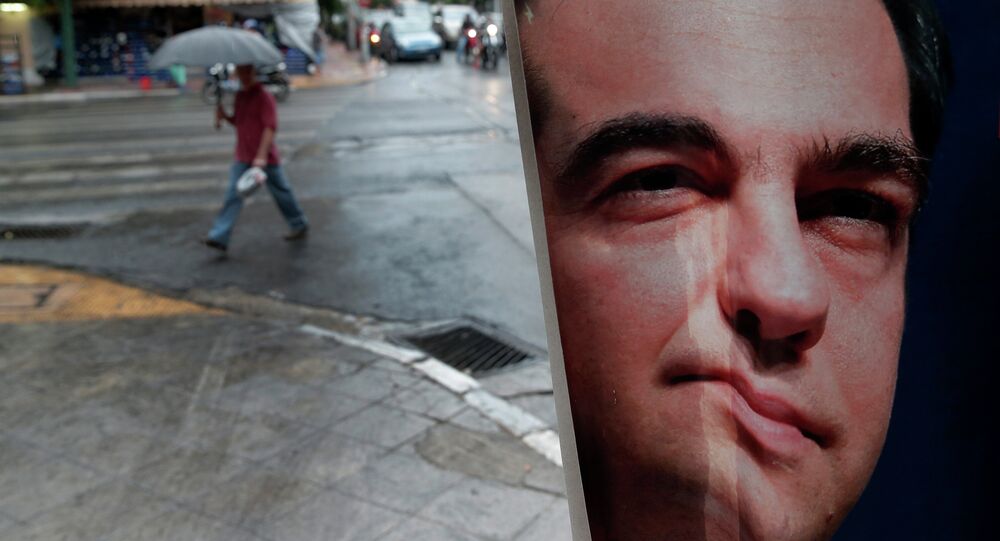 Alexis Tsipras will return as Greece's prime minister following Syriza's win in Sunday's snap elections. Despite Tsipras claiming that the result will give him a "crystal clear mandate" to govern, the roles of his party, the IMF and other creditors are set to ensure there are more fireworks ahead.

Syriza are expected to renew their coalition government with the independent nationalist Pasok party, after they fell five seats short of maintaining an overall parliamentary majority.

The snap elections were effective in eliminating those party members who were opposed to the country's bailout deal with Greece's European creditors — ensuring three more years of austerity.

Tsipras said the result was justification for his party's actions and his leadership, saying that he would serve for the full four-year term in a pledge to soften the blows of the bailout and provide Greece with more stability, following a seemingly endless set of crises since the beginning of the year.

However, many have noted that is it not smooth sailing for Greece just yet.

Pressure On to Impress EU Lenders

Syriza have pledged to honor the measures associated with the $97 billion (€86bn) bailout package, with Tsipras vowing to protect those most vulnerable Greeks from what many believe is an even harsher bailout agreement than the previous two.

In an attempt to reduce the country's huge debt, Tsipras has agreed to raise taxes, make changes to pension agreements and make welfare cuts, coupled with the liberalization of consumer markets and the implementation of labor market reforms.

Having convinced the Greek public that he is the best man to take the country forward during these tough times, Tsipras now has to convince Greece's EU creditors that the economy is making enough progress for them to release a $3.4 billion (€3 bn) tranche of aid during next month's quarter review of the Greek budget.

With honesty and hard work, we'll continue our efforts on behalf of the working classes. #GreekElections #Greece

If Tsipras can't maintain his balancing act of softening the blow on ordinary Greeks while at the same time trying to implement the tough economic measures demanded by EU creditors, there could be more trouble in the near future.

Debt Relief and the Role of the IMF

Another issue that could plunge Greece back into crisis is the issue of debt relief, and the IMF's insistence that the country's huge debt must be given a significant 'haircut', if the Washington-based fund is to take part in the bailout.

Over time, the IMF has turned into Greece's friend at the negotiating table, echoing statements from Alexis Tsipras and former Finance Minister Yanis Varoufakis that Greece needs an "explicit and concrete" agreement of debt relief.

The IMF has said that it won't take part in the bailout unless some deal on trimming the debt is made, arguing that without such actions, Greece would not be able to handle the burden of the harsh austerity measures.

This could set off a creditor showdown between the IMF and Eurozone lenders, in particular Germany, who have made it clear that they are strongly opposed to the idea of slashing Greece's debt.

It is clear: Greece's agreements with the creditors — Europe and IMF- remain fully valid. #Greekelections @EPPGroup

It is thought that if the IMF were to pull out of the bailout it might put the whole deal in jeopardy, and subsequently, drag Greece into drama once more.

Although the ink is still drying on the most recent bailout deal, some economists are already looking ahead and suggesting that Greece will need yet another bailout once this current deal expires in 2018.

Critics argue that without debt relief, Greece's economy will remain weak, which could make debt-reduction targets hard to meet, thus meaning a new bailout might be needed in three years to stave off the risk of defaulting of debt.

This could further spark fireworks if Tsipras uses his new mandate to try and extract more favorable concessions from creditors, which would anger Berlin, and could leave Athens at the all too familiar negotiating table once more — staring down the barrel of potential economic ruin.

Greek Syriza Party Wins Parliamentary Elections With Over 35% of Votes

Gap Between Leading Syriza, New Democracy to Be Over 7% in Snap Election