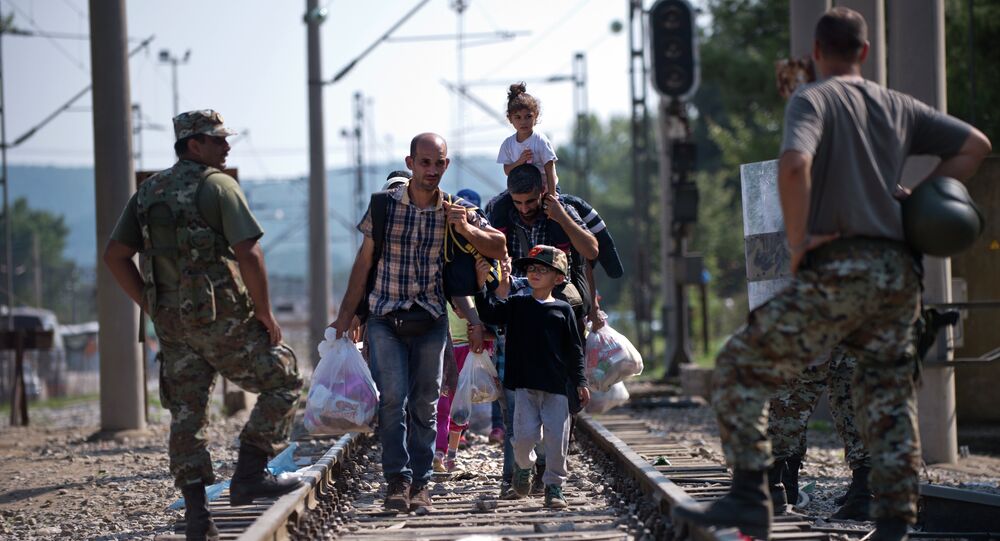 Migrants crossing Macedonia on the way to the European Union routinely suffer abuse by local police and guards at detention centers, an international rights watchdog said in a report published Monday.

"Once inside Macedonian territory they were apprehended, beaten, and taken to unofficial border areas and ordered to cross back into Greece," HRW said.

Migrants spoke of being struck with batons on the back and the head as they were forced to run a gauntlet between two rows of police officers.

Migrants held at the Reception Center for Foreigners in Skopje between June and July reported to HRW inhumane detention conditions and the humiliating attitude of the guards.

Macedonia is a key transit country for tens of thousands of refugees fleeing the Middle East via Turkey. Skopje declared a country-wide state of emergency in August citing an uncontrollable influx of migrants. Police estimate that over 83,000 passed through the small Balkan nation in the last three months.

Over 20 Migrants Missing After Shipwreck Near Lesbos in Greece - Mayor