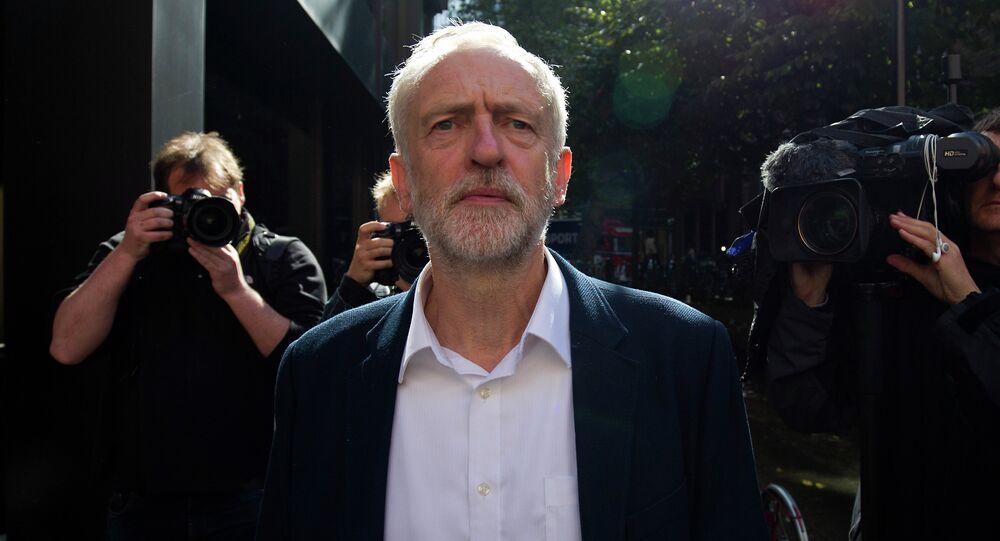 A senior general in the British military threatened that a government headed by Labour leader Jeremy Corbyn would face a "mutiny" if it ended the nuclear submarine program.

An unnamed senior general in the British military threatened that a government headed by new Labour party leader Jeremy Corbyn would face a "mutiny" from the military.

The general said that Corbyn could face "mass resignations at all levels" if he were to become prime minister. The statement is tied to Corbyn's views on funding the British military's Trident submarines or leave NATO.

"The general staff would not allow a prime minister to jeopardise the security of this country and I think people would use whatever means possible, fair or foul to prevent that," the general told the Sunday Times.

© AP Photo / Alastair Grant
Corbyn’s Election as UK Labour Party Leader is Drastic Change in Politics
According to the Guardian, previous attempts by the military to destabilize the British government took place in the 1960s and 1970s against Prime Minister Harold Wilson.

The Labour party's new shadow Foreign Secretary previously said that the party would not back a withdrawal from NATO or scrapping the Trident program.

The fate of aircraft carriers is less clear, however, as the Guardian noted because there are members of the military who question their usefulness in modern warfare.