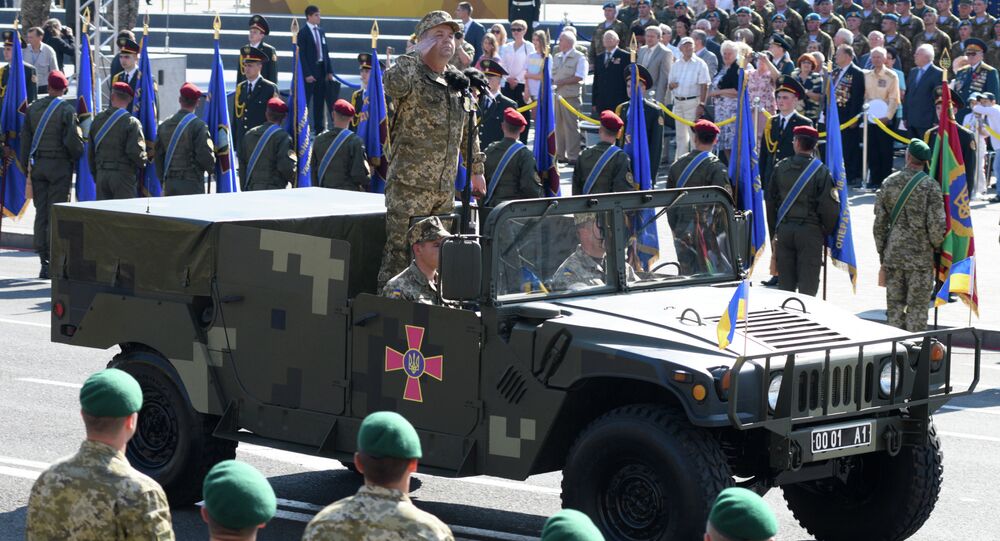 © AP Photo / Efrem Lukatsky
No More Money for Ukraine Unless Kiev Gets Rid of Corruption - Biden
Ukraine's state defense order for 2016, due to be finalized after the adoption of next year's state budget, will come as a surprise for the country's "enemies", local media quoted Ukrainian Defense Minister Stepan Poltorak as saying.

"We expect more money to be allocated for advanced military hardware and weapons, which will amaze both our guys and our enemies," Poltorak said.

He said that there will be plenty of next generation military equipment for Ukrainian servicemen to use.

Earlier this year, it was reported that the Ukrainian army would receive about 8,500 units of additional arms and military equipment before the end of this year.

Since the beginning of 2015, more than 1,400 units of modernized military equipment and weapons have reportedly been supplied to the Ukrainian Armed Forces by the country's defense industry enterprises.

These include 40 artillery guns, 27 armored vehicles, including the BTR-4E armored personnel carrier, 445 motor vehicles and five modernized aircraft and helicopters.

Kiev and Western countries have repeatedly pointed the finger at Russia for backing supporters of independence of eastern Ukraine's Donbass region. Moscow vehemently denies the allegations.

Spanish Journalist Sanctioned by Kiev Says Never Been to Ukraine