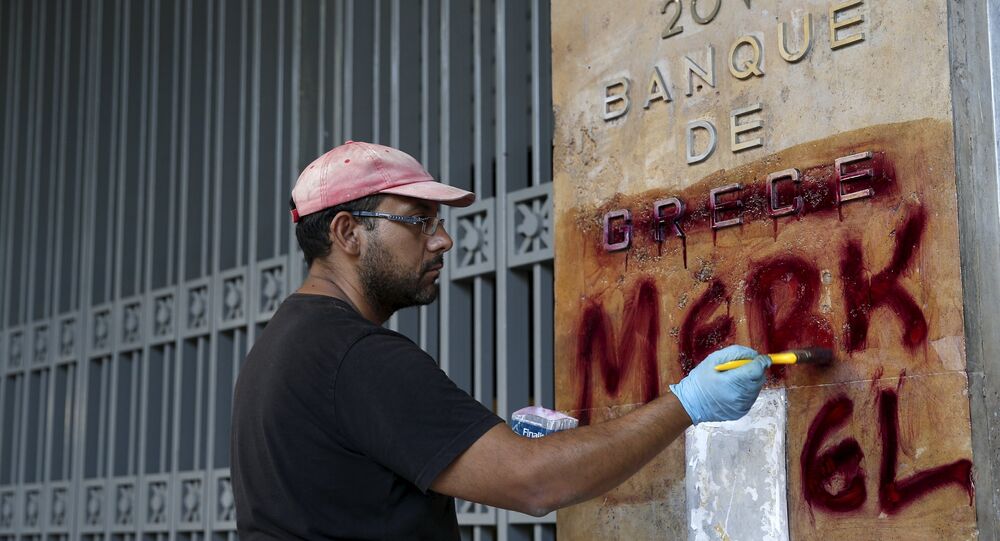 Greeks Unwilling to ‘Stand on Knees’ Before Germany Despite Debt Issue

ATHENS (Sputnik) — The Greeks do not want to "stand on their knees" before one of its main creditors, Germany, hoping for support from former prime minister and one of the main candidates in the snap parliamentary election Alexis Tsipras, the Spanish anti-austerity Podemos party leader said.

"Greeks wouldn’t want to go back, they understand that they should not be standing on their knees in front of Germany. They know that Alexis Tsipras will defend his people in spite of difficulties," Pablo Iglesias told reporters.

Commenting on the then prime minister’s initiative to hold the July 5 nationwide referendum on the conditions of a lender-proposed bailout plan, Iglesias praised Tsipras’ decision to make the Greek population decide the fate of the foreign financial assistance.

© REUTERS / Paul Hanna
Tsipras Holding Meeting With Syriza Party’s Young Supporters in Athens
"Tsipras has demonstrated what others haven’t done before. When he had to take an important decision, he asked the people," he stressed.

Iglesias reminded, however, that the Greek government signed the bailout deal with the creditors shortly after the population rejected their demands for spending cuts and tax increases in exchange for another financial lifeline.

Tsipras seeks to secure a mandate backing the unpopular austerity reforms his government agreed to in exchange for bailout funds from Greece’s international creditors.

Spanish Podemos Too Young to Take Over Majority in Elections - Lawmaker