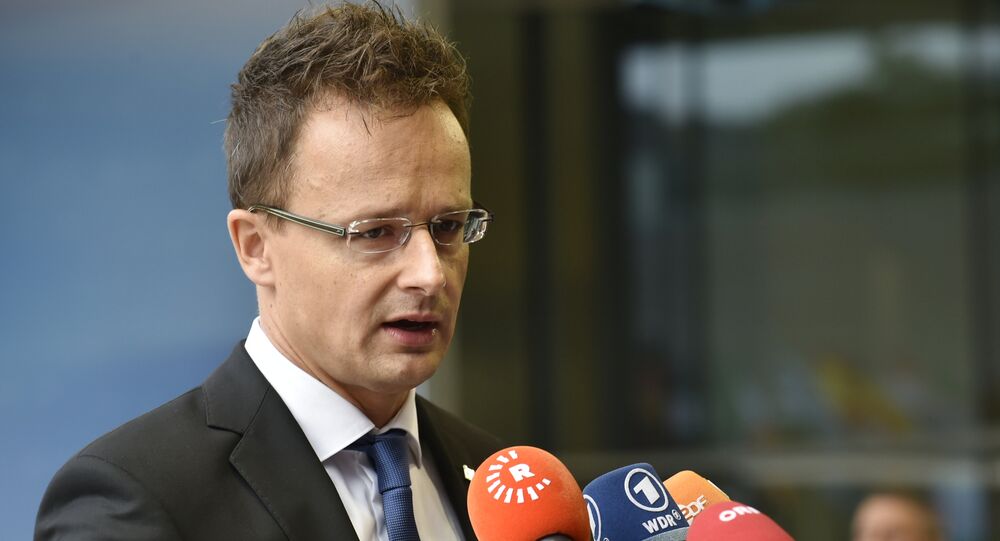 According to Hungarian Foreign Minister, the EU should provide help to the refugee camps in Jordan, Turkey and Lebanon.

© REUTERS / Bernadett Szabo
Hungary Games: Local Mayor Threatens Migrants As Country Fences Off From EU (VIDEO)
BELGRADE (Sputnik) — It is imperative for the European Union to offer financial assistance to the refugee centers in Jordan, Turkey and Lebanon that are housing those fleeing violence in the Middle East and North Africa, Hungarian Foreign Minister Peter Szijjarto said Friday.

"The European Union must take over the financing of these centers, maybe of some new ones. So people did not need to go to Europe and they could stay on the borders of their own countries and be able to return [home] after military conflicts end there," Szijjarto said during his visit to Belgrade.

Europe has been struggling to cope with a massive refugee crisis, with thousands of undocumented migrants fleeing to the bloc to escape war and poverty in their home countries.

According to the European Commission, over 500,000 migrants have arrived in the European Union since the beginning of 2015.