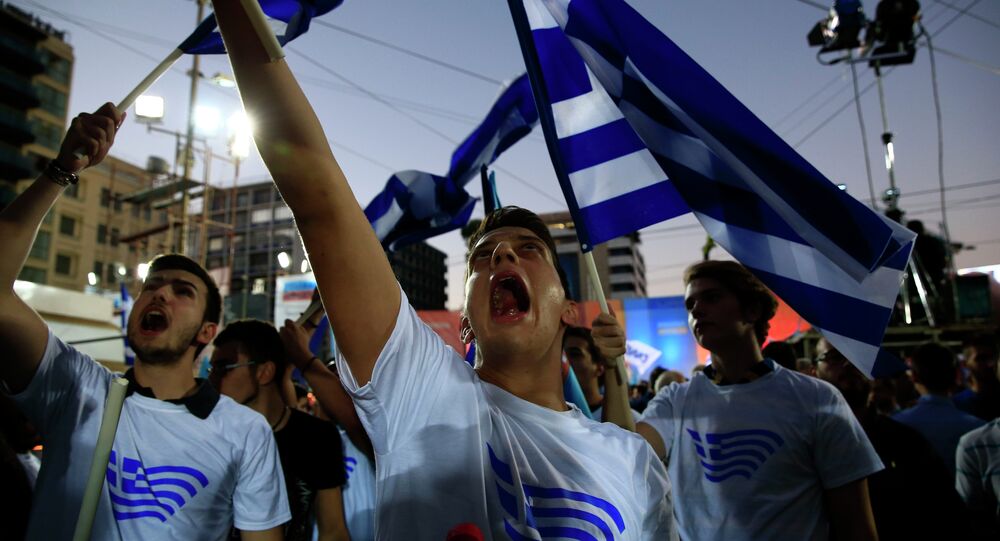 Greece Poised for Panic as Election Goes to the Wire

Analysts are predicting jitters in the banking system as Greece goes to the polls this Sunday to elect another government which is forecast to be a close finish, with both major parties threatening not to form a coalition.

Although the Greek credit institutions have stabilized since the third bailout agreement with its creditors, a hung parliament – which is predicted in the polls – could lead to political and economic instability. Greece has faced years of austerity following its initial bailout by the creditors, known as the Troika – the International Monetary Fund (IMF), European Central Bank (ECB) and the Eurozone member countries.

We will continue our fight--for a government that stands up for, and stands together with the people #SYRIZA #Greece pic.twitter.com/9C5euPYfTv

The winner of Sunday's vote will need to oversee deep economic reforms required for a US$98 billion bailout brokered in August, recapitalization of the country's banks, and the unwinding of capital controls imposed this year to prevent an implosion of the financial system.

Greek Syriza anti-austerity party leader Alexis Tsipras has ruled out a coalition with the conservative New Democracy (ND) party led leader Vangelis Meimarakis. That being the case, political instability could have knock-on effects on the Greek banks.

There are fears that, if Syriza and ND cannot forge a coalition and no other alliance can be made, Greece could be in for its third general election within nine months.

Tsipras, struggling to rally disgruntled leftist and center-left voters, has said it would be an "abnormal alliance". He has accused ND of being part of a corrupt political system that helped plunge Greece into the debt crisis.

The two parties are expected to clash on issues such as specifying reforms, leading to delays in their implementation, and on immigration.

All of this could endanger the reforms demanded by the Troika, which want to see a complete revamp of the Greek state pension system and a major shake-up of its tax system, as well as public sector cuts.

Greece Set for Political Stalemate as Coalition Ruled Out