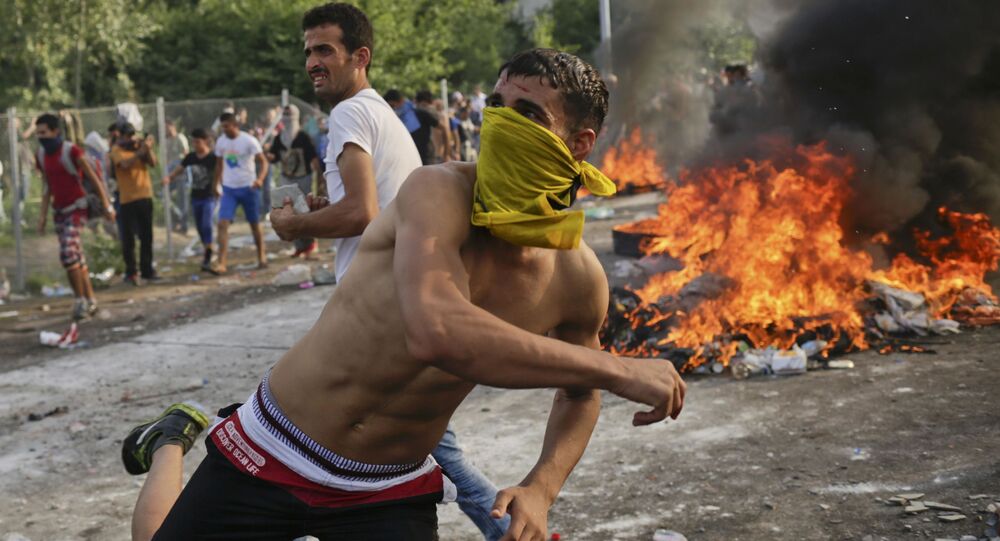 Russia Concerned Over Increase of Refugees Fleeing to Europe

Moscow is concerned over the growing refugee influx in Europe, as a threat to Russia might be "great".

© Sputnik / Vladimir Pirogov
SCO Special Forces Boost Fight Against ISIL, Ready to Team Up With Others
TASHKENT (Sputnik) – Russian Special Forces are concerned over the increase of refugees fleeing to Europe from the Middle East because the threat to Russia is “potentially great,” the first deputy director from Russia’s Federal Security Service said Friday.

“There is concern. We are so far on the sidelines of this problem but we see it intensifying, but so far this only slightly concerns us,” Gen. Sergei Smirnov told journalists.

The European Union is currently struggling with what is being referred to as the worst refugee crisis since World War II, as hundreds of thousands of asylum seekers from crisis-torn countries of the Middle East and North Africa seek a safe haven in the bloc.

In recent weeks, many European states have reinforced their borders, while some, including Germany, have instated increasingly strict border controls to counter the enormous influx of refugees.

According to the EU Frontex border agency, over 500,000 migrants were detected at EU external borders in the first eight months of 2015.

Refugees Clash With Police Trying to Break Though Cordons in Croatia