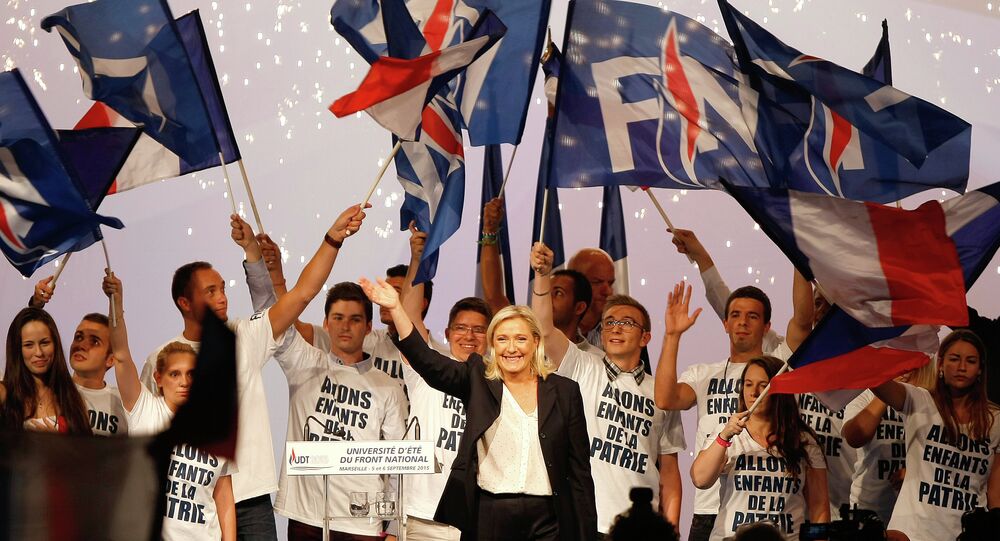 There is much talk in Paris of a reconciliation between the leader of the right-wing political party Front National (FN) Marine Le Pen and her father Jean-Marie, which may end a huge family rift which has enthralled the French public.

Rumors circulating in French media Thursday suggest peace may break out between Marine and her father — who founded the FN in 1972 and led it until 2011 until he stood down after criticism over his denial of the holocaust.

In April 2015, Le Pen reiterated his past comments that the Nazi gas chambers were a mere detail of history and his daughter — who took over as president of the National Front in 2011 — suspended him from the party. Many said she pounced on his comments to suspend him so that he posed no threat to her bid for political power, having moved the party more mainstream.

Then at a sideshow during the FN party's summer convention in early September, Le Pen senior announced he is setting up a rival party called the "Blue-White-Red Rally", after the colors of the French Flag.

Blood On the Family Floor?

Marine Le Pen has sought to distance the party and herself from her father's views on the holocaust and has move the party to a slight more moderate set of politics and has seen her personal popularity rise. She is expected to stand for the French presidential elections in 2017 and could become the republic's first female president.

However, the family rifts have cast a shadow over the Le Pens and Marine is believed to be keen to seek some sort of agreement that allows her to continue to lead the party as she wants and to pursue her presidential aspirations.

It has been reported Marine made an offer to her father on September 3 at her home in La Celle-Saint-Cloud, according to a source close to the Le Pens.

The FN is embroiled in a legal case involving the misuse of company property and fraud. Marine Le Pen has other headaches to deal with as well. The allegations center on campaign materials, including posters and websites, supplied to over 500 candidates that were allegedly supplied at inflated prices, so that costs could be reimbursed from the French state for huge profits.

Both father and daughter are serious political players — Marine on the rise and her father Jean-Marie unwilling to give up the limelight. Whether they can reach an agreement to make peace in public is a matter of conjecture.