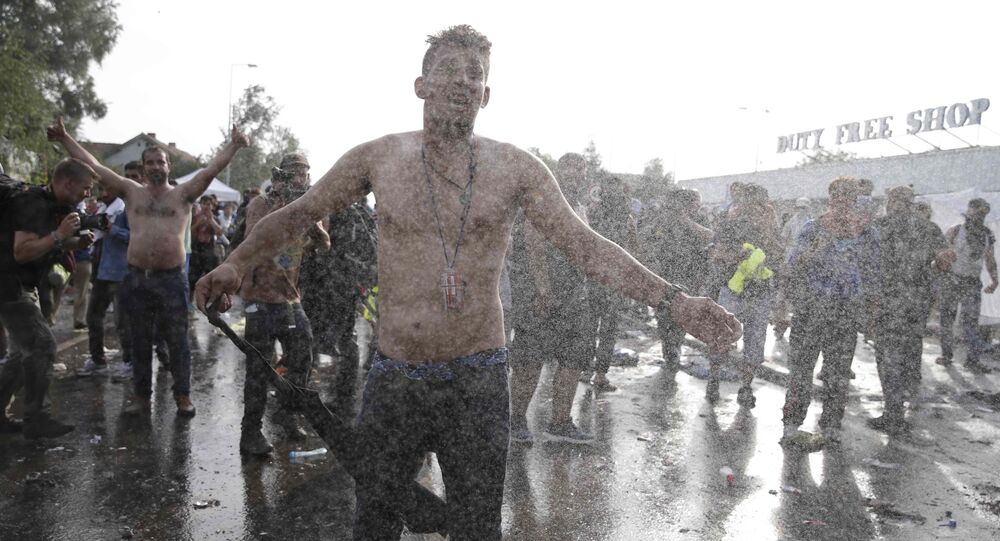 US Economist Predicts Collapse of EU Amid Refugee Crisis

The current refugee crisis is putting the EU’s fundamental principles on the line and may become the beginning of the end of the 28-nation association, Citigroup’s chief economist warned.

“The refugee crisis is undermining the EU’s fundamental principle of free cross-border movement within the Union… This is effectively throwing the EU’s very future in question,” Willem Buiter, global chief economist at Citigroup, told RIA Novosti news agency on Wednesday.

He said that even though some countries were introducing temporary entry bans in a bid to tackle “a huge humanitarian crisis, they may eventually become permanent not only for the  migrants but for EU residents as well.”

© REUTERS / Dimitris Michalakis
EU Refugee Crisis Caused by West's Toxic Policy in Middle East – Syriza MP
“This may signal the beginning of the end, the stakes are extremely high,” he warned.

Willem Buiter believes that the current refugee crisis could shift European policy towards “radicalization, xenophobia and nationalism,” which would have an immediate negative effect on their economies.

“Western Europe is much better off than the East European countries as it is more experienced in dealing with immigration-related issues which are a real problem for countries like Hungary, Poland, the Czech Republic, Slovakia, Bulgaria and Romania, which  have never had to deal with massive inflows of migrants.  This is a big challenge to them,” Buiter said.

“However, if they manage to handle this problem, it will make the EU stronger,” he added.