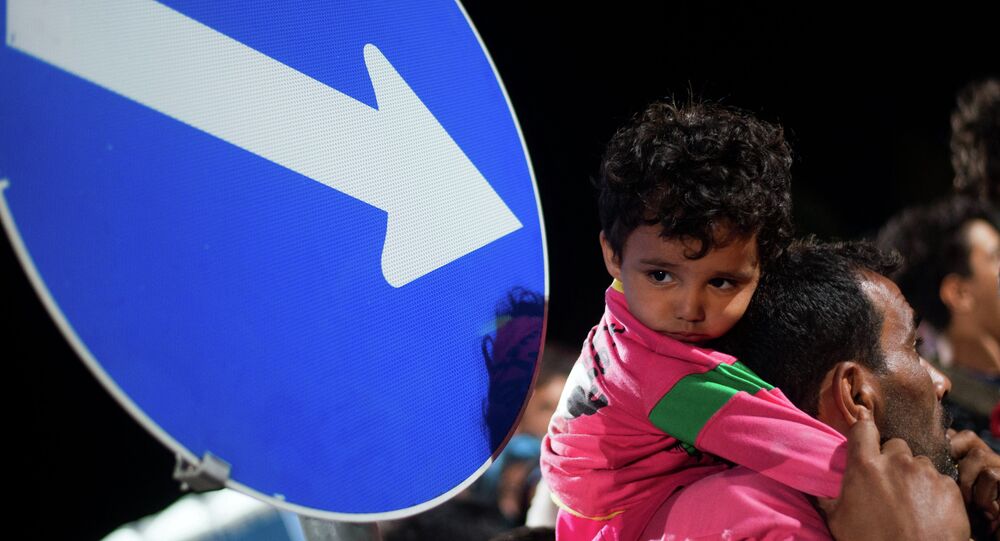 BUDAPEST (Sputnik) – During a press conference in Budapest on the Syrian refugee crisis in the European Union, Avramopolous said:

“We shall work collectively to protect the Union's borders. There is no wall you would not climb, no sea you wouldn't cross if fleeing violence and terror. We have a moral duty to offer them protection.”

© AFP 2021 / ARMEND NIMANI
Hungary Begins Croatia Border Fence Construction
Avramopolous said that building walls or using violence against refugees who are obviously in need of help is not the best approach to the current crisis.

“We don't always agree with the means used,” he added.

Earlier in the day, the European Parliament voted in favor of redistributing some 120,000 refugees. currently in Italy, Greece and Hungary, among EU member states.

© AP Photo / Darko Bandic
European Parliament Approves Relocation of 120,000 Refugees
Currently, the European Union is grappling with a massive refugee crisis as hundreds of thousands of people, mainly from Syria as well as other parts of the Middle East and North Africa, arrive on EU member-state borders.

Several European countries, including Hungary, have been criticized by rights groups for inhumane treatment of refugees. Hungary constructed a fence on its border with Serbia to prevent the asylum seekers from entering, and used tear gas and water cannons against those who tried to break through on Wednesday.