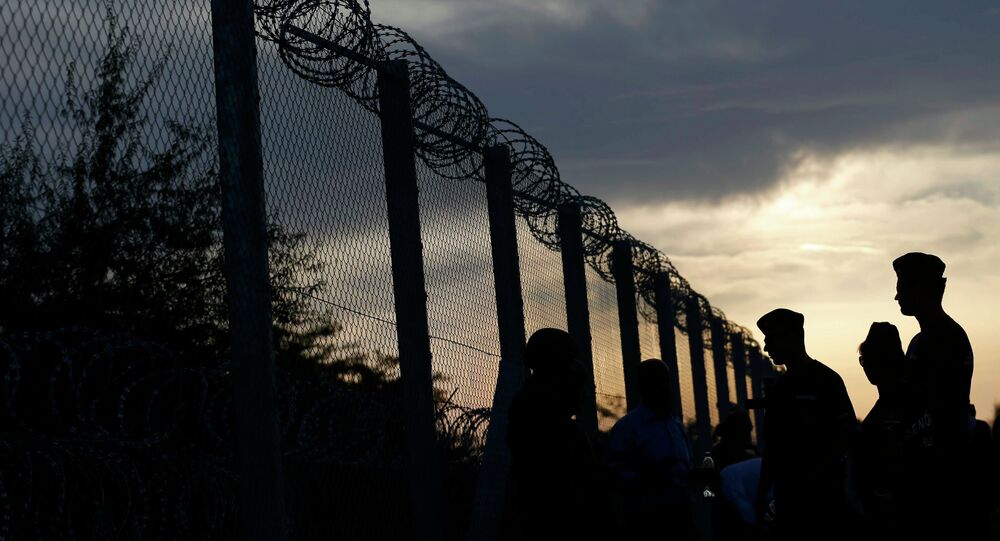 One of the migrants, who had allegedly participated in the clashes on the Serbian-Hungarian border, was arrested by Hungarian law enforcement on suspicion of links to a terrorist group on Wednesday, local media reported.

ROZSKE (Hungary)(Sputnik) — Hungarian police on Wednesday arrested one of the migrants who participated in the clashes on the Serbian-Hungarian border on suspicion of links to a terrorist group, Hungary’s M1 television reported, citing police officials.

"When [police] started to conduct an inspection, it was found that he [the detained migrant] is a member of a terrorist group, according to police databases," M1 said.

At least nine of them, including four children, taken by Hungarian police during clashes caused by the breach of a fence on the country’s border with Serbia must be released and reunited with their families, a rights group said Wednesday.

"The families are desperate to be reunited with their children. The Hungarian authorities must immediately hand these children over to their families," Amnesty International said in a statement.

Thousands of migrants, who had failed to enter Hungary gathered in the Serbian border area and tried to cross the border, clashed with police who used tear gas and water cannons. The scuffle left some 150 refugees and 30 police officers injured.

According to the country’s interior ministry, more than 190,000 migrants have entered Hungary illegally so far this year, with a record number of about 9,380 refugees crossing the border on Monday.

On Tuesday, new legislation came into force in the country, aimed at curbing the inflow of migrants into the country. The law introduces prison terms for crossing the border illegally and for damaging border fences.