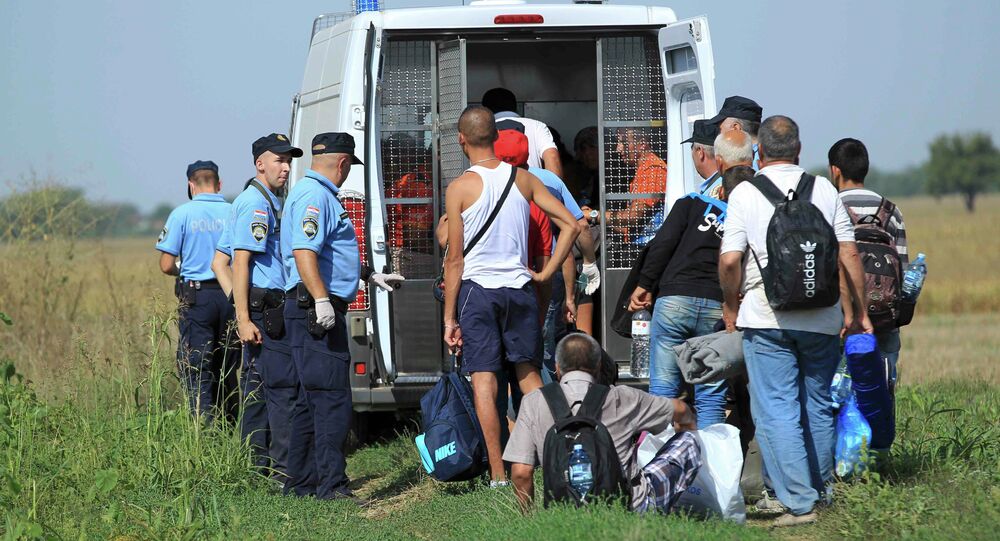 Dozens of refugees who found their route blocked at Serbia’s border with Hungary have moved towards Croatia, bypassing official checkpoints, Croatian television reported on Wednesday.

© REUTERS / Bernadett Szabo
Hungary to Build Fence on Border With EU if Migrants Come From Croatia
"Some 20 migrants, mainly women and children, have entered Croatia near Tovarnik," close to the Serbian border on Wednesday, a police spokesman told AFP news agency.

At least 100 were seen walking through fields across the border,  while 80 people crossed into Croatia after travelling by bus to the Serbian border town of Sid.

Refugees hope to reach Germany, as bitter debates continue in Europe over how to handle the crisis.

In total, more than half a million have entered the EU in 2015 so far.