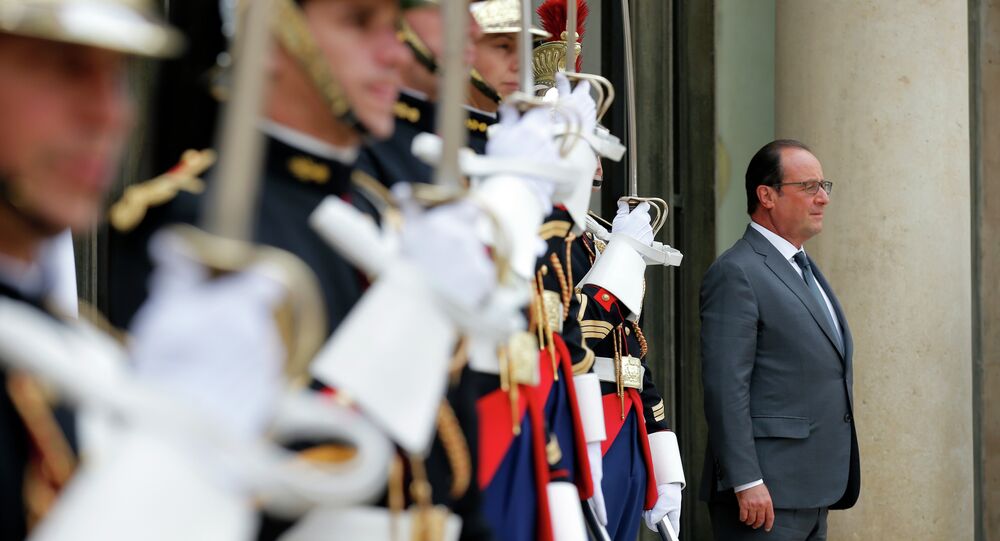 France is the latest country to join the US-led coalition's bombing campaign of ISIL targets in Syria, with officials saying that the only way to solve the region's refugee crisis was by toppling the jihadist group along with Syrian President Bashar al-Assad.

Justifying the decision to expand its bombing campaign into Syria, French Defense Minister Jean-Yves Le Drian said airstrikes would be carried out "in the coming weeks" after intelligence suggested ISIL had made "very significant progress" in Syria's northern regions.

"There is an extremely strong offensive taking place on the small town of Marea, which if it succeeded would wipe out what we still call the Free Syrian Army or the national Syrian coalition, or what is left of it."

These comments were backed up by President Francois Hollande, who said it was "necessary" to carry out strikes against ISIL targets in Syria, indicating that the group could pose a security risk to France if it continued to operate.

'We Haven't Got Rid of Assad'

While Hollande and Le Drian spoke of the threat of ISIL, French Prime Minister Manuel Valls struck a different tone, arguing that the only way to stop the region's catastrophic refugee crisis was by defeating the jihadists, and ensuring that Syrian President Bashar al-Assad is ousted from power.

"At the moment there are millions of Syrians who are displaced. There are refugee camps — in Lebanon, in Jordan, in Turkey — receiving 4 to 5 million Syrians. And we're not going to receive 4 to 5 million Syrians, so the problem has to be dealt with at source," Valls told CNN through an interpreter.

France's admission that ISIL still poses a threat, and perhaps has even made gains in Syria has been seen as a shocking indictment on the US-led anti-ISIL strategy.

Many critics and defense analysts have slammed the approach, which has seen coalition air strikes used in tandem with local government forces in Iraq, and in the Syria, used with the support of various "moderate" Syrian rebels opposed to the Assad government.

"Would an air operation, with no regional powers involved and no international mandate, bring a strategic advantage? Clearly, we don't think so," Christian Jacob, head of France's opposition conservative group said during a parliament debate.

Other countries such as Russia have argued that a united approach needs to be taken in order to tackle the group, saying that western officials should support Bashar al-Assad's efforts to defeat ISIL, instead of splintering the conflict by supporting other rebel groups.

Valls' comments of "getting rid" of Bashar al-Assad are also sure to rankle international relations over the matter.

The West — who have accused Assad of fueling the conflict and committing heinous crimes against his own people, have refused to directly deal with the Syrian leader — arguing that his resignation is needed for the country to come to a political solution.

However, Syrian officials have denied the allegations and slammed the western approach, criticizing the international community for seemingly interfering with Syria's internal politics.

Instead of continuing airstrikes against ISIL targets in Syria and Iraq, UK opposition leader Jeremy Corbyn has suggested an international conference featuring the US, EU, Russia, Iran and other regional powers meet to discuss the best way of defeating jihadists in the region.

Corbyn has said that dropping more bombs will simply result in more civilian casualties, arguing that the international community should work towards trying to isolate ISIL's access to arms and revenue.

World Must Team Up With Syria Against Terrorism - Russian Official