France will support the removal of sanctions imposed on Russia if the provisions of the Minsk peace accords are fully implemented, French Foreign Minister Laurent Fabius said on Tuesday. 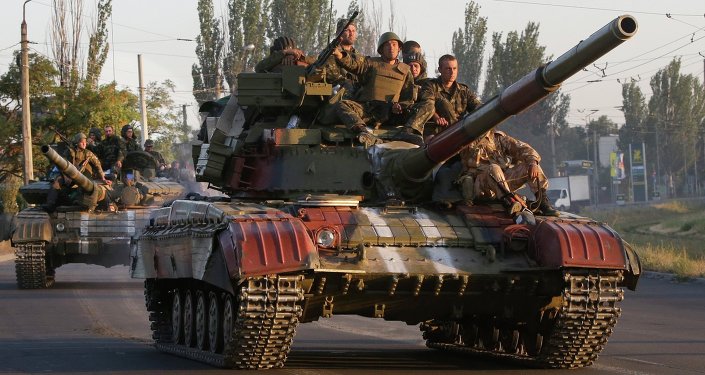 © AP Photo / Sergei Grits
Fabius to Ukrainians: Stop Pointing Fingers and Stick to Minsk Accords
“We want these sanctions to go… They were imposed with concrete goals in mind. We were meeting in Berlin on Saturday as part of the Normady Four format [with German and Ukrainian Foreign Ministers] and discussed important issues like ceasefire and elections in Donbass… It was a constructive meeting and now we are going to have a summit in Paris on October 2. We in France believe that if these issues are settled we want [the anti-Russian sanctions] to be lifted,” Laurent Fabius told members of the parliament’s Foreign Affairs committee.

Jacques Myard, a Republican member of France’s National Assembly, earlier urged President Francois Hollande to lift the sanctions imposed on Russia which he said were harming the national economy.

“The anti-Russian sanctions are a major problem we now have to deal with… We’ve been pushed into a corner by European solidarity. We have many companies in Russia, we have partners there who are now turning away from us and looking towards China, we are in a real squeeze with no room for maneuver,” Myard complained.

No Alternative to Minsk Accords on Ukraine - Kremlin