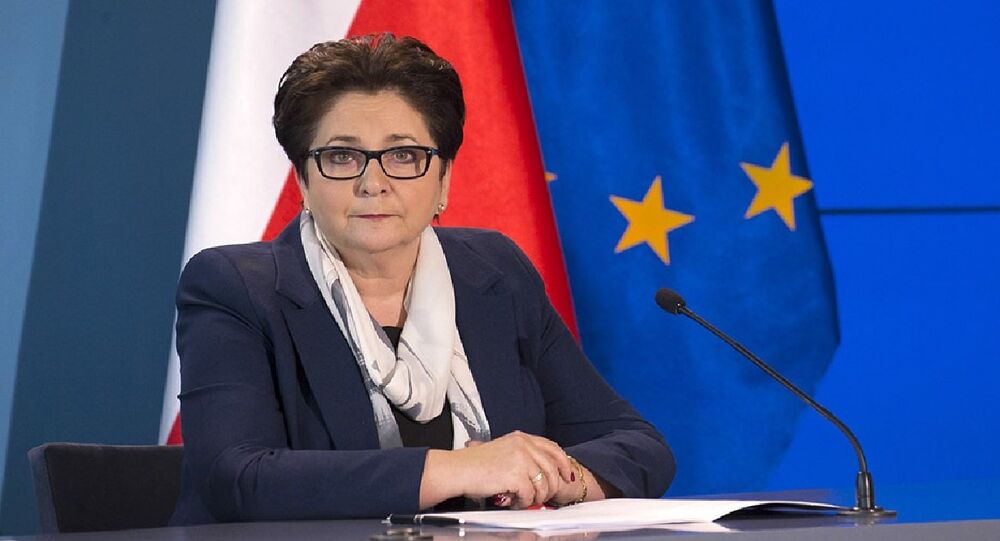 Polish Interior Minister Teresa Piotrowska is conducting an inspection of the country’s borders in preparation for a possible influx of undocumented migrants into the country, the ministry's press service said Tuesday.

"Polish Interior Minister Teresa Piotrowska is accompanied by Commander-in-Chief of the Border Guard Maj. Gen. Dominik Tracz. The head of the ministry is assessing the situation on the ground and checking the readiness of the border guard to [cope with] the potential influx of refugees," a ministry spokesperson told RIA Novosti.

Earlier, EU countries affected by the inflow of migrants, including Germany, Austria and Hungary, strengthened control over their borders to limit the number of migrants entering their territory.

The European Union has been beset by a refugee crisis, with hundreds of thousands of undocumented migrants, mainly from the Middle East and North Africa, arriving in EU member states, fleeing violence and poverty in their home countries.