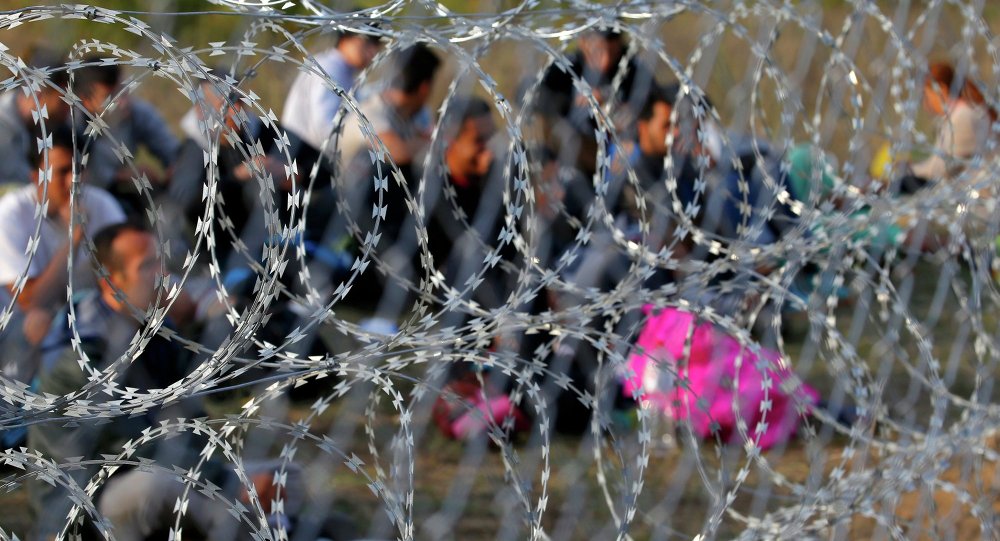 Hungary Deploys 9,000 Servicemen on Border With Serbia Amid Migrant Crisis

Hungary has sent around 9,000 soldiers and police officers to help control the influx of undocumented immigrants at its border with Serbia, a representative of police in the southern Hungarian county of Csongrad said Tuesday.

"Now the border is generally under control. It was broken [crossed illegally] by refugees in two places at night. We have detained 17 people, they will be prosecuted," the representative told RIA Novosti.

All refugees are directed to a checkpoint, where they must formally register. After the procedure is over, they travel by buses to Budapest.

Hungary is one of several EU countries reeling from the rapidly escalating migrant crisis, as hundreds of thousands of people flee their homelands in the Middle East, North and Sub-Saharan Africa in the hope of finding refuge in the European Union.

© REUTERS / Bernadett Szabo
Hungary Closes Main Refugee Entry Point on Border With Serbia
In particular, Hungary was being used by refugees as a gateway to more prosperous EU countries.

During the weekend, almost 6,000 refugees were detained while attempting to cross the border illegally. On Monday alone, 9,380 migrants, the daily record, were intercepted at the Hungarian border.

However, the number of illegal border crossings into Hungary has gone down considerably in the 12 hours since tighter border control laws took effect, government spokesman Zoltan Kovacs announced.

"The first results are as follows: the flow of refugees has decreased markedly, because we have strengthened the border, set up a wall and an army there," Kovacs said at a briefing in the southeastern city of Szeged.

More than 190,000 migrants have crossed the Hungarian border illegally this year, according to the country's interior ministry.

The Worst is Yet to Come? Migrant Crisis Affects 12Mln People - Mogherini