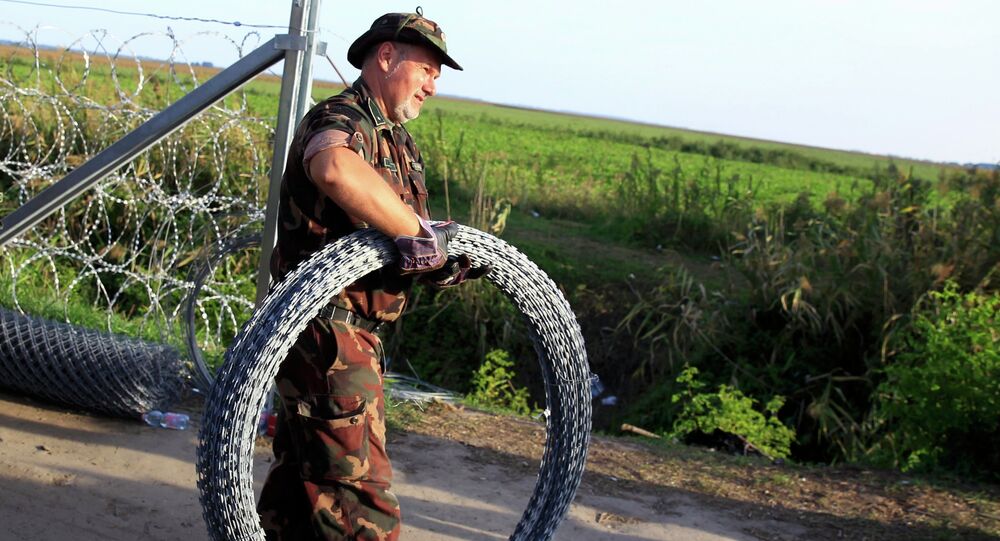 Hungarian police closed on Monday the country’s main border crossing with Serbia near the village of Roszke, a RIA Novosti correspondent reported.

© REUTERS / Peter Bader
Hungary Supports Germany’s Decision to Introduce Border Controls
ROSZKE (Hungary) (Sputnik) – Several dozens of refugees, including children, gathered at the border, some of whom tried to get around the checkpoint.

A helicopter was flying over the area, monitoring the situation. Serbian police officers were also dispatched to the border to control the situation.

Hungarian authorities began procedures to close the one remaining border crossing along the 109-mile barbed-wire-fenced southern border on Monday afternoon.

Tighter border control laws in Hungary, which criminalize illegal border crossings, are expected to come into force on Tuesday.

Budapest estimates that some 172,000 refugees and migrants have entered the country since the beginning of 2015.

Hungary Expects Up to 500,000 Refugees to Arrive By Year-End