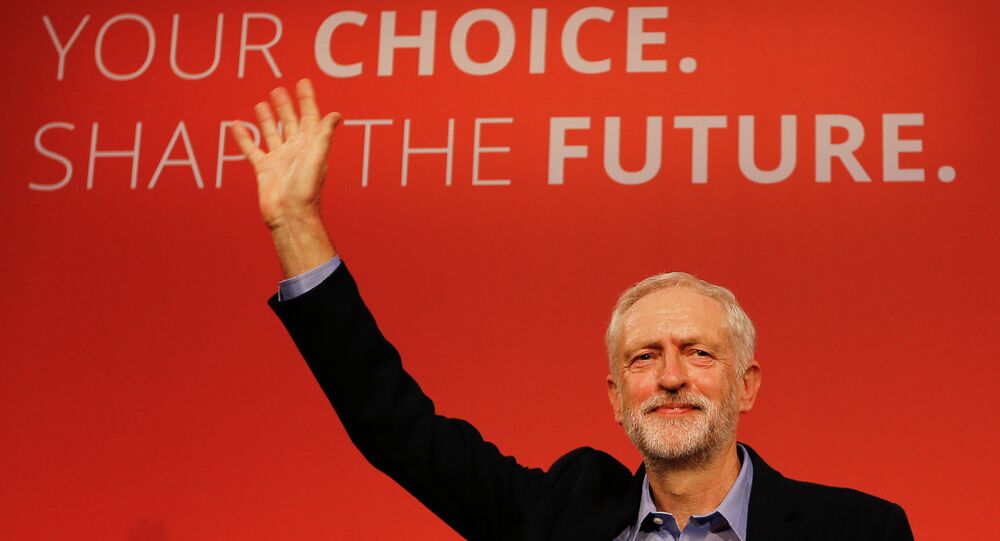 The UK Labour Party is facing its biggest challenge in a generation after left-winger Jeremy Corbyn’s spectacular victory in the leadership contest left him in charge of a party with 90 percent of his own colleagues in parliament not endorsing him.

Members of Parliament (MPs) return to their seats Monday after a political earthquake, which could spell doom for the British Labour Party. The left-wing MP Jeremy Corbyn – having started the leadership contest as the outsider – has been elected leader of the Labour Party, despite not having the popular support of the majority of his fellow MPs.

Corbyn’s opinions are in stark contrast to many of his colleagues. He is committed to withdrawing the UK from NATO and for not replacing Britain’s Trident strategic nuclear defense capability.

"NATO has sought to expand since the end of the cold war. It has increased its military capability and expenditure. It operates way beyond its original 1948 area and its attempt to encircle Russia is one of the big threats of our time," Corbyn has said.

The Labour Party is now a threat to our national security, our economic security and your family's security.

He wants to re-nationalize the railways and utility companies and is in favour of scrapping university tuition fees. In short – he stands for socialist democratic policies completely at odds with most of his party.

A Leader in Power, But Not In Control?

The splits began to appear immediately after he was elected with the resignation of opposition health minister Jamie Reed. This was followed by the resignations of other key players, including shadow education secretary Tristram Hunt and shadow business secretary Chuka Umunna, who have both formed a new resistance group to challenge Corbyn from the back benches.

Although Corbyn had a huge majority in the election – gaining 59.5 percent of the vote – he does not enjoy popular support among the mainstream in the party in Westminster. He gained significantly from the decision – made under previous leader Ed Milband – to allow people to become registered supporters of Labour for as little as US$4.5. This swelled his support enormously during the campaign.

Corbyn was swept to power on the back of Labour’s election defeat in May, when the Conservatives, under David Cameron won with an unexpected majority of 12. Most political analysts believe voters did not – in the end – feel that Ed Miliband was not the man and that Labour could not be trusted on the economy.

Some within the general membership of the party felt that Labour has spent too long on the center ground of British politics, following Tony Blair’s landslide victory in 1997, when he brought New Labour into power – shunning the previous union-dominated, socialist agenda. With Jeremy Corbyn now at the helm, many feel his policies and shift to the left will make the party unelectable in 2020.

Congratulations to @johnmcdonnellMP who has been appointed Shadow Chancellor. He'll be a fantastic advocate for the anti-austerity agenda.

His appointment of the left-wing firebrand and Socialist Campaign Group member John McDonnell as shadow chancellor will prove extremely divisive. McDonnell has long been sidelined by successive Labour leaders and his economic views will cast doubt over Labour’s ability to be trusted with the economy.

Corbyn is now facing the prospect of having won a mandate across Labour to lead a parliamentary party that is riven with difference of opinion over policy. Although he has a mandate to lead, he will face increasing difficulty in keeping his party together. Hostilities have already broken out.