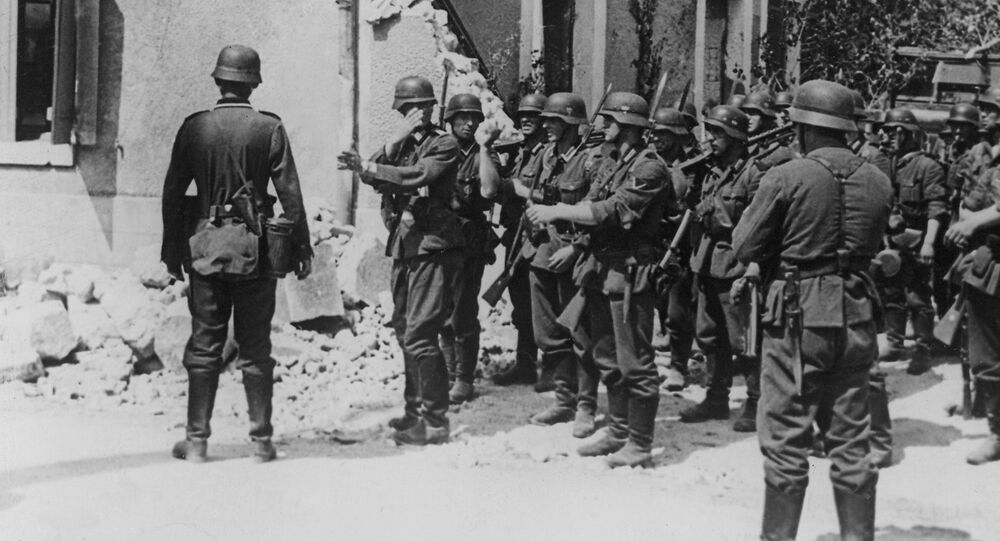 A new book in Germany claims that Hitler's armed forces were high on a version of Pervitin, an early version of crystal meth, during Second World War military campaigns.

In 'Der Totale Rausch' (The Total Rush), author Norman Ohler reveals that when the German Wehrmacht conquered France in 1940, its soldiers did so with the help of 35 million doses of the drug, which was administered in tablet form.

"It was freely available as a medicine until 1939," said Ohler, explaining that the use of the drug by the armed forces was an extension of its widespread use in German society.

"In Berlin, it became a drug of choice, like people drink coffee to boost their energy. People took loads of Pervitin, across the board. The company wanted Pervitin to rival Coca Cola. So people took it, it worked and they were euphoric — a mood that matched the general mood before the war."

Various uses were found for the drug; while chocolates containing methamphetamine found popularity in some quarters as an appetite suppressant, among soldiers the spiked sweet known as 'Panzerschokolade,' or 'tank chocolate,' allowed troops to fight for days without sleeping.

Even after Pervitin was banned in 1941, its distribution among the armed forces continued, albeit more covertly. Records of the drug's use by German soldiers during the military campaign against the USSR are less explicit than reports from earlier military campaigns in Poland, France and the Sudetenland that detailed the number of issued tablets. However, anecdotal evidence from doctors based in Stalingrad told Ohler that they still issued it to soldiers.

© AFP 2020 / JANEK SKARZYNSKI
More 'Nazi Gold Trains' May Be Found in Poland - Historian
The German army's use of methamphetamines, says Ohler, set off an epidemic of drug abuse among the armed forces that continued during the twentieth century. After they found out about the German's drug use, amphetamines began to be used by the British and American army, in order to combat the meth-fuelled German troops.

"The Americans took the drug to keep up with these crazed German soldiers," says Ohler.

"It took root in the American military: if you look at the Korean War in 1950, it was an amphetamine war where all the pilots were doped up. The Germans started with drugs in the military, but other countries followed suit."

'The Total Rush' also gives details about Hitler's own drug use; rather than Pervitin, which was also popular among members of his high command, the Fuhrer preferred injections of steroids, in the form of animal hormones, and Eukodal, a pharmaceutical variant of heroin.

"By the winter of 1944, when giving orders for Germany's last major offensive, Hitler had been long without a sober day," Ohler claims, and recieved constant injections of hormones, doping substances and hard drugs on a daily basis from his personal physician, Dr. Morell.