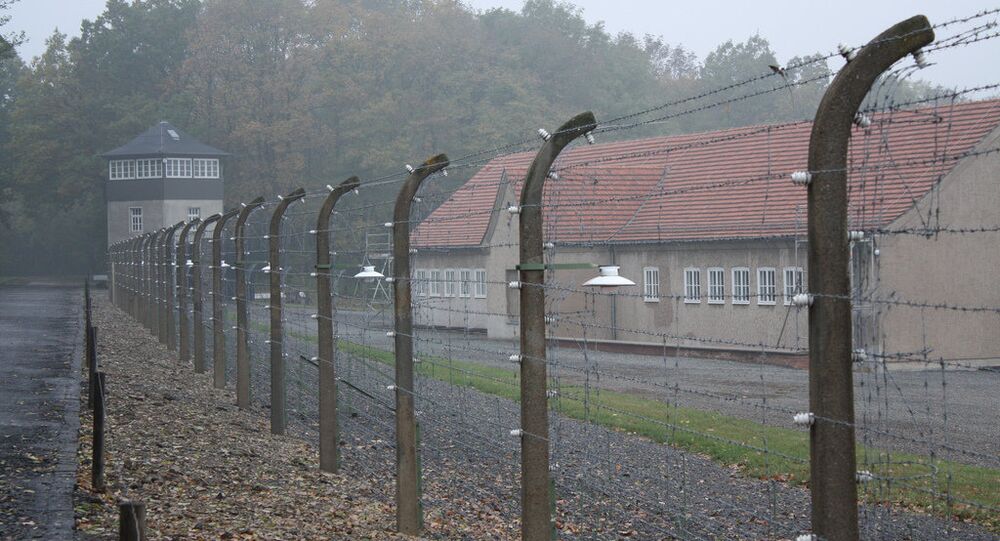 Scores of refugees are staying at the former Nazi concentration camp while authorities process their request for asylum.

© AP Photo / Michael Probst
German Taxpayers Pay Loads of Money for Dubious Security in Refugee Camps
German authorities are housing asylum seekers on the site of former Nazi labor camp Schwerte-Ost, which was a sub-camp of Buchenwald, while their applications for asylum are being processed, according to the Weekend Australian.

According to reports 21 male asylum seekers are currently staying at the site, where thousands of slave laborers were imprisoned and killed during the Nazi era.

The labor buildings of the camp where the inmates were forced to work have since been demolished, and the current occupants, some of whom have been staying there for months, are housed in the site's former barracks.

© AFP 2020 / CSABA SEGESVARI
Refugees Protest in Hungarian Camp, Demand to Be Sent to Germany - Witness
Between July 1937 and April 1945 the SS imprisoned around 250,000 persons from all over Europe, and at least 56,000 people are believed to have been killed at the concentration camp.

The use of concentration camp is one of the answers to the pressing problem for the German authorities on where to house the quota of 800,000 asylum seekers Germany has agreed to take this year.

At the end of August the authorities in Berlin announced they were making plans to use the city's closed Tempelhof airport, which spans more than 300,000 square meters, to provide accommodation for some of those seeking refuge.

"It is an emergency solution, but it is unavoidable. There is a lot of room in the hangars," the Mayor of Berlin's Mitte district, Christian Hanke, explained the decision to use the airport, which was built in the 1920s, but is now an abandoned listed building.