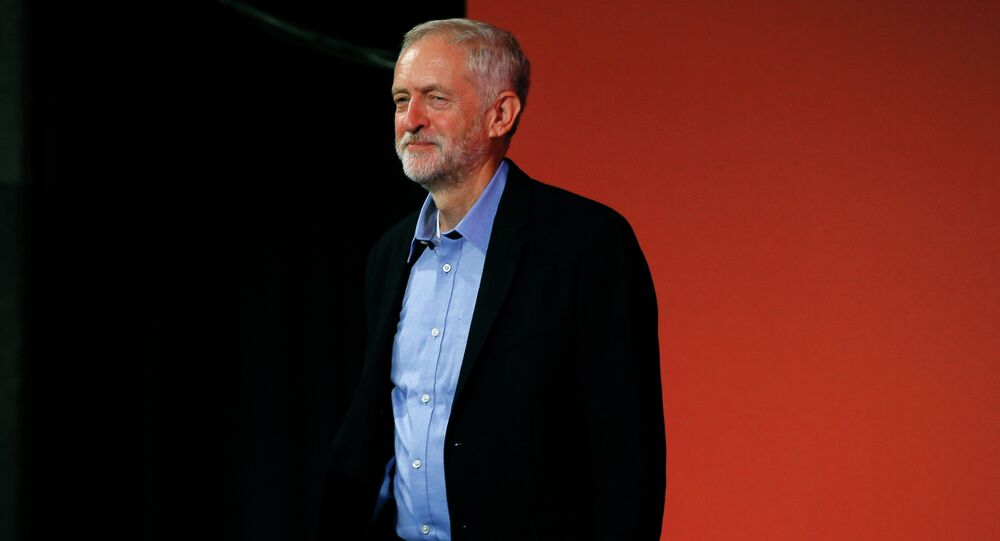 "Labour are now a serious risk to our nation’s security, our economy’s security and your family’s security," Fallon, who is also a member of the country's Conservative Party, was quoted as saying in a statement emailed to Sputnik.

According to him, Corbyn’s triumph will affect negatively the lives of the ordinary Britons.

"Whether it’s weakening our defences, raising taxes on jobs and earnings, racking up more debt and welfare or driving up the cost of living by printing money – Jeremy Corbyn’s Labour Party will hurt working people," Fallon emphasized.

He also promised that the Conservatives would keep on delivering "stability, security and opportunity" for the population.

The campaign to elect a new leader of the Labour Party was initiated after the resignation of former leader Ed Miliband after his party's defeat in May’s UK general election.

Corbyn, 66, once perceived as a fringe candidate in the election, has soon become the party’s frontrunner. He is known for his support for anti-austerity measures.

The Labour politician has been also widely referred to as one of the most "rebellious" Labour members of parliament.