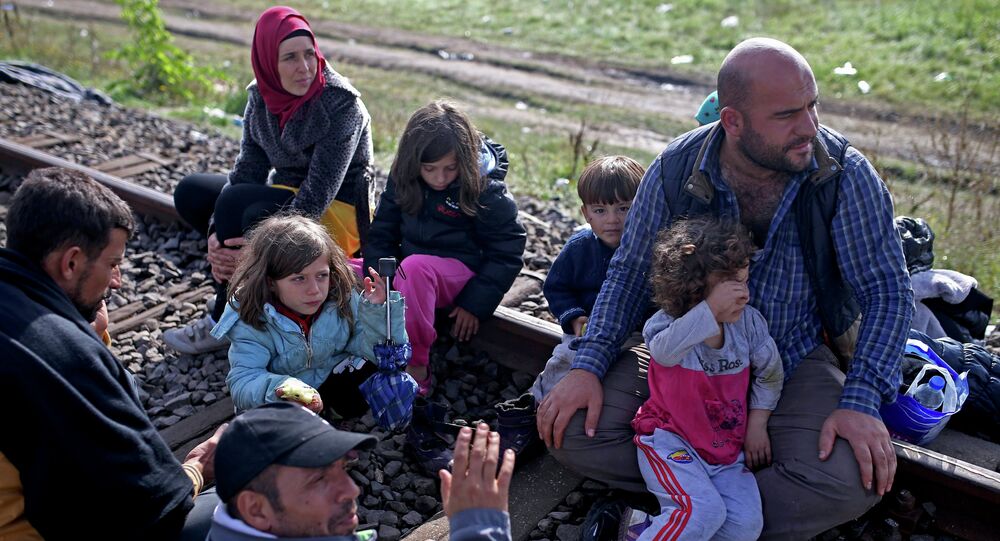 Austrian Chancellor Werner Faymann and Hungary's Minister of Foreign Affairs and Trade Peter Szijjarto have traded barbs on the ongoing migrant crisis in Europe that has already affected both countries, media reports said.

In an interview with the Hungarian state-run news agency MTI, Szijjarto said that the Austrian Chancellor "is painting a picture that is lying."

He referred to previous comments by Faymann, who accused the Hungarian authorities of exhibiting "very poor cooperation" in their dealings with Austria on the transportation of the refugees.

© REUTERS / Bernadett Szabo
Migrants, who mostly crossed into the country from Serbia and are hoping to make their way to Austria, prepares to board a train heading to Hegyeshalom, at Keleti station in Budapest, Hungary, September 12, 2015

In addition, Faymann heaped praise on his country's charitable and voluntary organizations' role in helping with the acceptance of refugees.

At the same time, he pointed the finger at their Hungarian colleagues for showing an "inadequate level of care for the refugees."

For his part, Szijjarto responded by assuring that both the Hungarian authorities and volunteers had worked "in accordance with international conventions."

"All our actions are in line with the EU laws. We receive the refugees, and we also accommodate and transport them," he said.

© AP Photo / Giannis Papanikos
Watchdog Urges Hungary to Respect Rights of Refugees in Detention Centers
The interview came several days after Hungarian policemen were caught on camera haphazardly tossing food to a crowd of refugees in the Roszke camp on the Hungarian-Serbian border.

Earlier, a Hungarian camerawoman was sacked for deliberately kicking refugees who fled across a field from the Roszke camp.

The UN refugee agency UNHCR has repeatedly accused Hungary of subjecting the refugees that had fled there to inhumane conditions.
Since January 2015, more than 150,000 refugees and migrants have reportedly crossed into Hungary from Serbia.