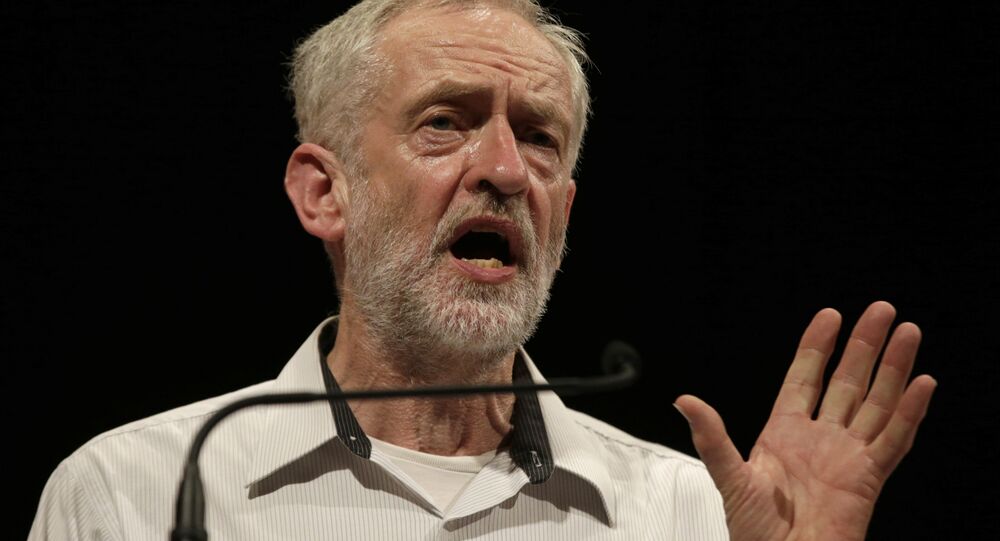 A political solution involving the West, Russia, Iran and other Middle Eastern powers is needed to defeat ISIL and overcome the crisis in Syria, as an expansion of air strikes will only result in more civilian casualties, British MP Jeremy Corbyn has said.

Corbyn, who is expected to be unveiled as the new leader of Britain's Labour party, called for an international political conference to discuss the issues surrounding Syria and help bring about a resolution to the crisis.

He said that the US, along with the EU would need to come together with Iran, Russia and other regional powers to try and devise a plan aimed at "cutting off the arm supplies and money to ISIL, as well as preventing ISIL selling oil and making money from it."

The 66 year-old, who is a prominent anti-war campaigner, said he was "concerned at the legality" of British Prime Minister David Cameron's decision to authorize targeted drone strikes on British citizens fighting alongside ISIL in Syria, while he also rejected claims that expanding Britain's anti-ISIL bombing campaign into Syria would help bring about an end to the conflict.

"If we just go in bombing, civilians will be killed, and I suspect then there will be a call for ground forces to follow. There is no parliamentary authority for military action as of now — it was rejected in 2013."

"There has to be a political solution to the whole issue," he added, while denying any suggestions from political rivals that he was sympathetic to Bashar al-Assad's Syrian government.

"I'm not a supporter of Assad. I think the human rights record of his regime is dreadful and the methods he's used against his opponents is quite dreadful, as are many other things going on in that country."

The British government, under Conservative leader David Cameron, has made the case for expanding Britain's involvement in the US-led coalition against ISIL. At present, British forces are involved in the international bombing campaign in Iraq, but not Syria.

However, politicians have been cautious about committing to overseas military operations, particularly given the public backlash to the 2003 Iraq invasion, which saw British troops join American forces in combat.