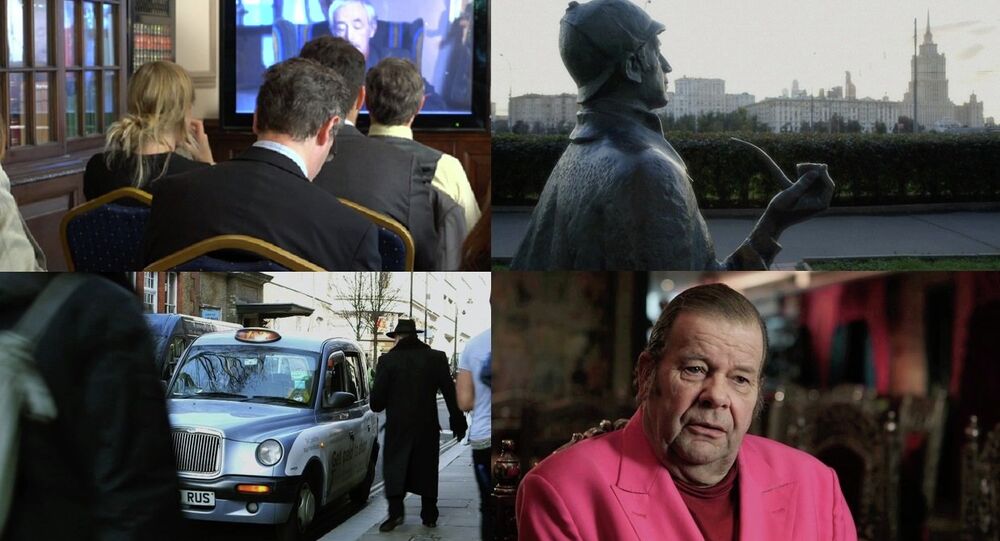 A new documentary exploring the death of Alexander Litvinenko has been screened at the Russian Embassy in London.

According to director and producer, Alexander Korobko, the film, titled 'Through Sherlock's Eyes', touches on issues that are not "publicly discussed" and hopes it will help "clear the air".

© Sputnik / collage
A collage of stills from the 'Through Sherlock's Eyes' film.
"I just wanted to throw more light on the matter and explore the inconsistencies that we identified," Korobko said ahead of the screening at the Russian Embassy in Kensington, London.

When asked if he had a theory, Korobko said he thought Litvinenko was "careless".

"I think it was a sales operation that went wrong. Litvinenko was known to be careless, he'd play with his gun in his pocket… and they were not careful with this substance."

© Fotobank.ru/Getty Images / Natasja Weitsz
Alexander Litvinenko is pictured at the Intensive Care Unit of University College Hospital in London, England. (File)
Alexander died from radioactive poisoning in November 2006, three weeks after drinking tea with two former colleagues, Andrei Lugovoy and Dmitry Kovtun in London. He was found to have polonium-210 in his system.

A public inquiry into Litvinenko's death was formally established by the British government on July 31, 2014 and began on January 2015.

Kovtun and Lugovoy deny any involvement in his death.

A recent statement from the Russian embassy said that the inquiry began, following the deaths of a key witness in the investigation, David West, owner of Abracadabra restaurant in Mayfair. West is also featured in Korobko's documentary.

"The sad part, for me, is that West was killed last December and he would have testified," Korobko told Sputnik.

David West, died of a stab wound at his home in St James's on 12 December 2014. His son has been charged with his murder.

"This is the only film that has his testimony on tape — and it think that is crucial.

"This is a film that uniquely represents both sides, where people agree. It features British and American contributors — more than Russian ones… This is not the Russian government's point of view — this is an independent endeavor, involving many people, passionate about the subject."

The chairman of the inquiry investigating Litvinenko's death, Sir Robert Owen, said the report on the case of the death of former Russian intelligence officer Alexander Litvinenko will be completed by December 25.

Report on Litvinenko Case Will Be Finalized by December 25