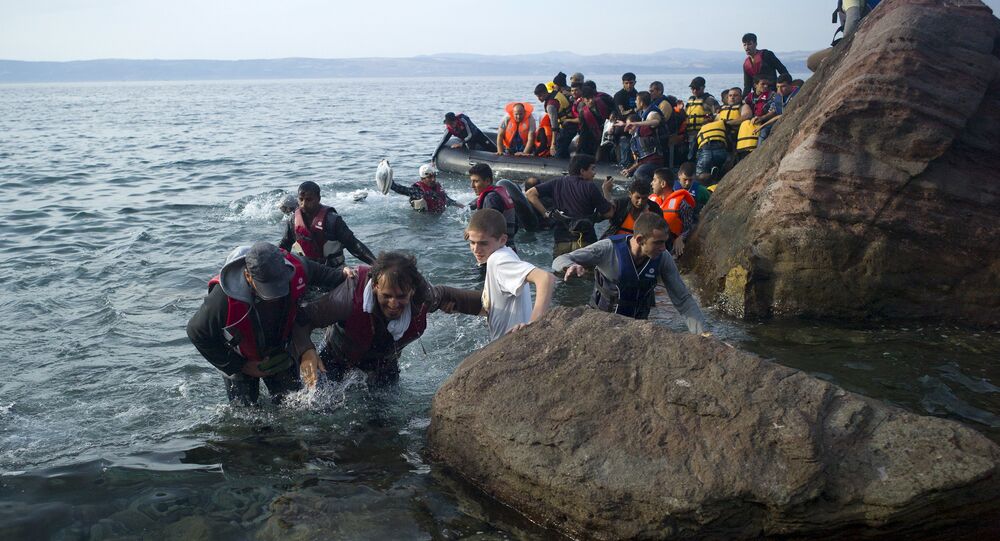 About 22,500 migrants reportedly have been registered on the Greek island of Lesbos.

MOSCOW (Sputnik) – About 22,500 migrants have been registered on the Greek island of Lesbos in the past three days, France 24 television reports.

Earlier, Sia Anagnostopoulou, a member of the Greek left-wing Syriza party told Sputnik that there were at least 20,000 refugees on the island.

"But the second wave began not because some countries started opening the borders to the refugees, but because the war in the Middle East continues," Anagnostopoulou, the former Greek alternate minister for European affairs and the candidate in the Greek parliamentary elections, said on Wednesday.

© AFP 2021 / SOEREN BIDSTRUP
Greece, UN Employ More Staff on Lesbos Amid Refugee Crisis
Greece is one of a number of EU member states struggling with a massive inflow of refugees from conflict-torn countries in the Middle East and North Africa.

The EU external border agency Frontex said on Tuesday that over 23,000 migrants arrived in Greece by sea last week, making an up to 50-percent rise on the previous week.

European Commission President Jean-Claude Juncker, unveiling on Wednesday the new migrant quota system for Europe to accept a total of 160,000 migrants in two years, estimated that 200,000 migrants have arrived in Greece so far this year.