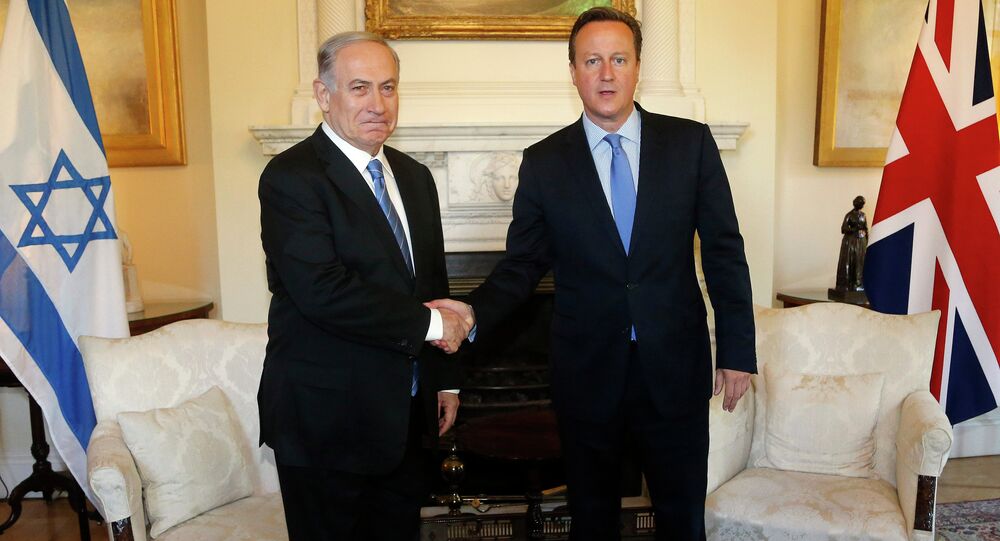 There is pressure on British Prime Minister David Cameron to stand up to his Israeli counterpart Benjamin Netanyahu over the country's "humiliating" and "unacceptable" blockade of Gaza, amid ongoing protests over the Israeli prime minister’s visit to the UK.

With Netanyahu meeting high-ranking British officials during his two-day UK trip, activists have called on Cameron to press the Israeli leader over his policies towards Gaza, and in particular, the country's eight-year blockade of the Palestinian coastal enclave.

Israel has justified the action, saying that the blockade prevents weapons from being smuggled into the territory and subsequently into the hands of terrorist groups, such as Hamas.

In London today with British PM @David_Cameron. If UK & Israel combine resources, we can offer world a better future. pic.twitter.com/JtzO8ojjCC

However, others say the blockade is overly excessive and prevents vital supplies and aid from entering the impoverished area, which is home to 1.8 million Palestinians.

"David Cameron should be direct with Benjamin Netanyahu, telling him that Gaza's suffering is unacceptable and must end now. Israel has an obligation to end its collective punishment of Gaza's civilian population, and completely lifting the blockade is the right thing to do."

Netanyahu has been subject to widespread public criticism in Britain during his two-day visit, with protesters demonstrating against Israel's actions.

Around 1,500 people massed in #London to protest against #Netanyahu's visit. #Palestine #FreePalestine pic.twitter.com/S7vxFE0qNw

More than 100,000 Britons signed a petition calling for UK officials to arrest Netanyahu for war crimes during his British visit, in relation to Israel's Gaza offensive of 2014 that claimed the lives of more than 2,000 Palestinians. 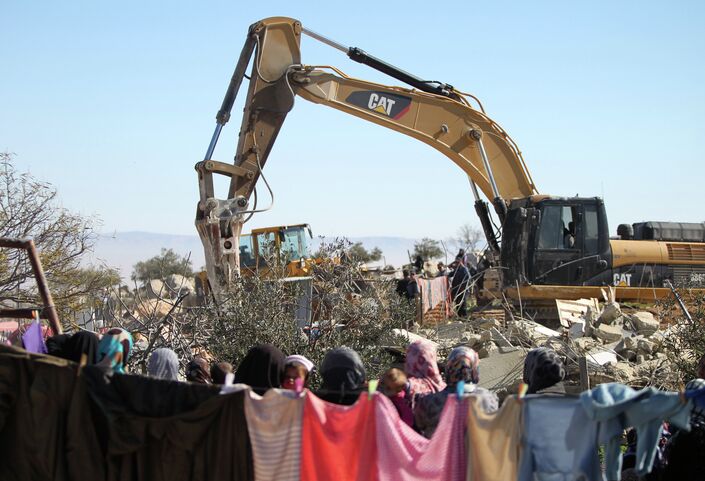 © AFP 2019 / Hazem Bader
Palestinian women watch on as an Israeli army bulldozer with a demolition permit pulls down the house of the Palestinian Raba'ai family which Israeli authorities said was build without a permit, in Al-Dirat south of Yatta village near the West Bank town of Hebron on January 20, 2015.

Meanwhile, others have taken aim at the continued construction of Jewish settlements in the occupied Palestinian territories of the West Bank, an act which is against international law.

"The UK has been a staunch supporter of international justice through the International Criminal Court and this should not be compromised when it comes to Israel. Mr Cameron must be unequivocal on this, telling Mr Netanyahu that he must stop opposing the ICC and ensure that accountability and justice are delivered through the Court."

Demonstrators have also used Netanyahu's visit to Britain to draw attention to the British arms trade, with protesters constructing a blockade of London's Defense & Security Equipment International (DSEI) arms fair, which is one of the largest in the world. 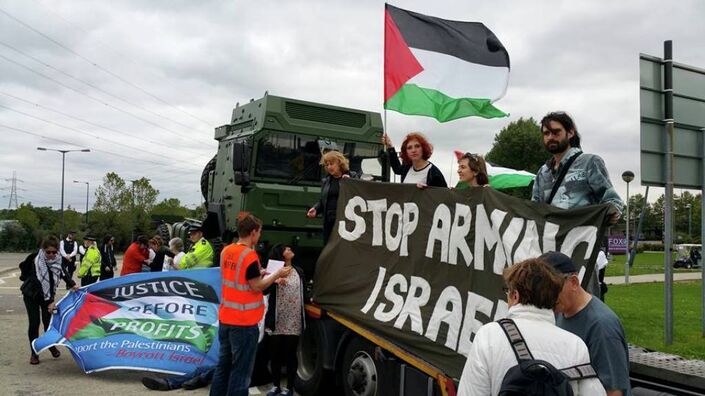 Critics have accused the UK of putting profits before human rights, as they country continues to sell military weapons to countries such as Israel and Saudi Arabia, who have been found guilty of serious human rights violations.

Clashes in London Ahead of Netanyahu's Visit, 1000s Call for Bibi's Arrest