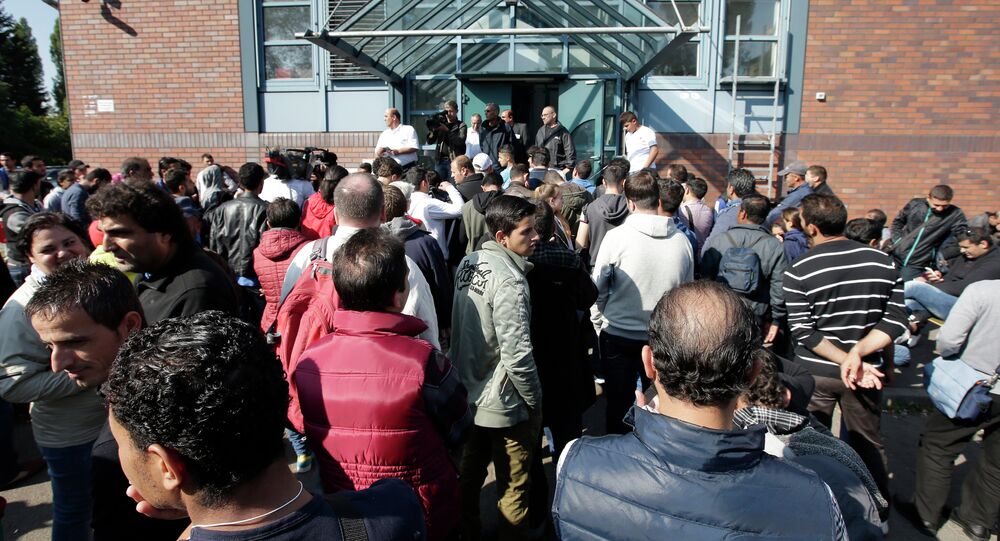 US Wars in Middle East Cause of European Migrant Crisis

According to a member of the German social-democratic Left Party Sahra Wagenknecht, the US actions in the Middle East over the past decade led to the migrant crisis in Europe.

© REUTERS / Marko Djurica
Kremlin: Those Responsible for Migrant Crisis Should Pay for It
MOSCOW (Sputnik), Yulia Shamporova – Military campaigns unleashed by the United States in the Middle East over the past decade led to the migrant crisis that Europe is enduring, a German lawmaker told Sputnik on Thursday.

“It is the bloody wars that the US incited that have turned the Middle East into an area of terror and destruction,” Sahra Wagenknecht, member of the social-democratic Left Party, said.

Wagenknecht, who heads the party’s national committee, argued that the hundreds of thousands migrants were “forced out” of their native countries into Europe and pointed to US and EU policy decisions on the influx of migrants.

“The present refugee crisis is the result of politics for which the US, assisted by her European allies, bears the main responsibility,” the lawmaker stressed.

Juncker urged the 28 member states to accept a total of 160,000 refugees over the next two years. He said some 200,000 migrants were in Greece, 150,000 in Hungary and a further 120,000 in Italy in what Europe considered to be its biggest refugee crisis since World War II.

The US Department of State said last month it planned to admit up to 8,000 Syrian refugees in October-September 2016.

No Need to Bomb: Migrants Pose No National Defense Risk to NATO - Pentagon

Germany Not Interested in Stopping Migrants’ Influx to EU – Lawmaker