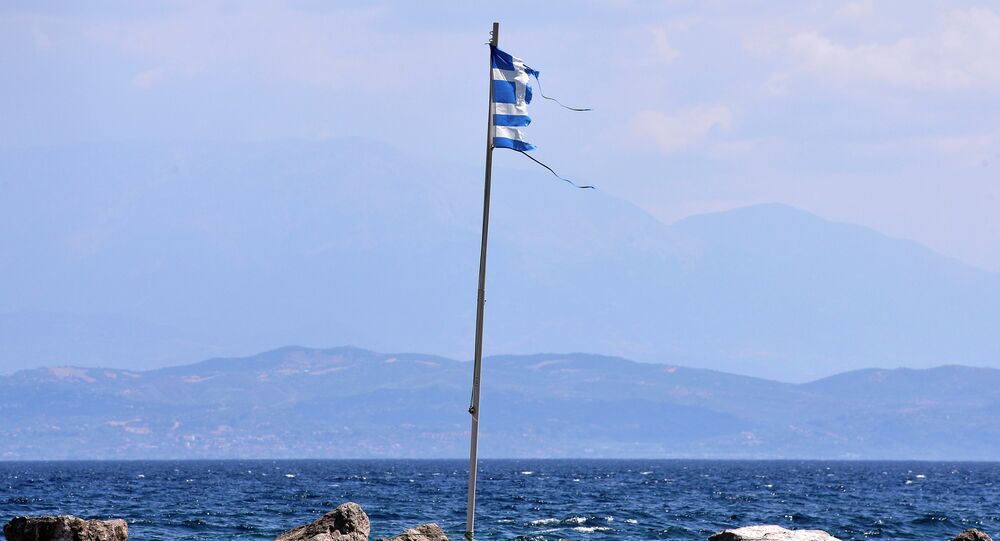 CEO of Greek MRB pollster Dimitris Mavros claims that a televised debate between the leaders of Greece's key parties on Wednesday could give a boost to either the ruling Syriza or its conservative rival.

MOSCOW (Sputnik) — A televised debate between the leaders of Greece's key parties on Wednesday could give a boost to either the ruling Syriza or its conservative rival, running neck-and-neck in polls ahead of parliamentary elections next week, CEO of Greek MRB pollster Dimitris Mavros told Sputnik.

The debate between seven politicians, the first such event in six years, was due to kick off Wednesday at 9:00p.m. (18:00 GMT). A separate one-on-one debate between Syriza's Alexis Tsipras and conservative New Democracy's Vangelis Meimarakis is reportedly scheduled for next Monday.

"TV debates is something that was not acceptable in the previous elections, it could also change the final situation at the elections," Mavros said.

"We saw during the referendum that when somebody of the politicians gave an interview or made a statement, the situations and the electoral mood of the people changed," the pollster noted.

The Greeks will vote for a new legislature in a September 20 after Prime Minister Alexis Tsipras stepped down in August, paving the way for an early parliamentary vote. Tsipras aims to generate support for unpopular austerity reforms in exchange for bailout money from Greece’s international and European creditors.

Tsipras Viewed Postively by Majority of Greek Voters Ahead of Elections