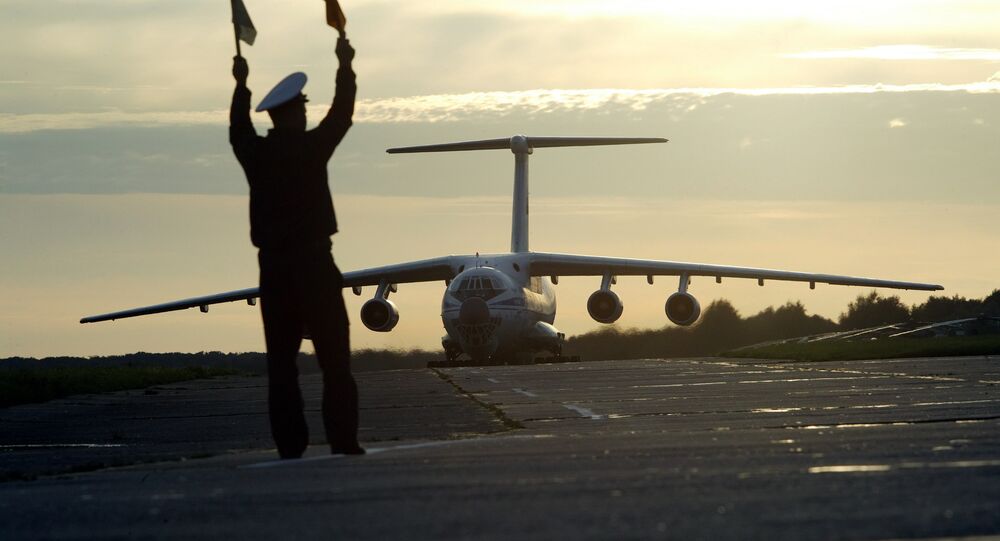 Ankara has not received a request from Moscow to allow Russian planes with humanitarian aid to Syria to fly over Turkish territory, a spokesperson for the Turkish Foreign Ministry told RIA Novosti Wednesday.

Press-service of Russian Emergency Situations Ministry
Iran Opens Airspace to Russian Aid Flights to Syria
ANKARA (Sputnik) – Earlier in the day, Kremlin spokesman Dmitry Peskov said that Moscow would consider alternative routes for the delivery of humanitarian aid to Syria after Bulgaria had banned the route through its airspace.

Iran later agreed to open air corridors over its territory for Russian aircraft.

"We have not received a request from Russia to use the Turkish airspace to the flights [of Russian aircraft delivering humanitarian cargo] to Syria," the Turkish ministry’s employee said.

© Sputnik / Alexei Danichev
Bulgaria Closed Airspace to Russian Aid Flights to Syria Just to Please US?
The spokesperson added that the permission to use the Turkish airspace for the passage of any foreign aircraft to Syria was considered by the foreign ministry with the utmost care "due to the sensitivity of the topic".

Syria has been mired in a civil war since 2011. The government forces have been fighting the opposition and a number of insurgent groups, which has lead to an escalating humanitarian crisis in the country.