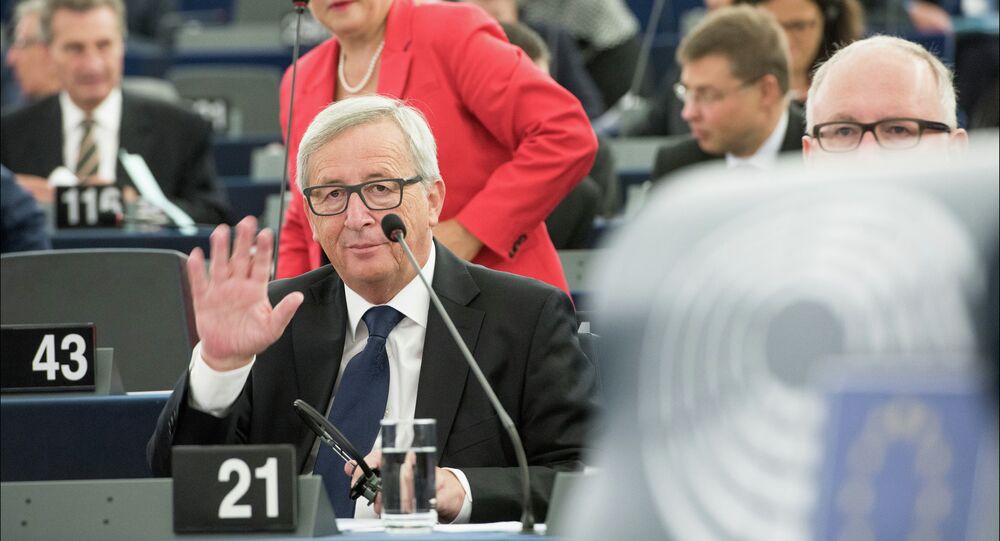 The relocation of 120,000 asylum seekers among European Union states is a "matter of credibility", according to European Commission President Jean Claude Juncker, who also told members of the European Parliament that a quota system is "compulsory".

© Flickr / João Trindade
Migration 'Math' EU Leaders Fight for the Right Formula
Mr Juncker has announced a new "emergency mechanism" to redistribute 120,000 asylum seekers who are in Greece, Italy and Hungary among other European member states — on top of the 40,000 asylum seekers that some EU countries have already agreed to share.

Meanwhile, thousands of refugees and migrants continue to arrive on Greek islands every day and hundreds more gather at the Hungarian border with Serbia, held back by a razor wire fence.

The quota system has been proposed by the European Commission (EC) for months but EU countries have consistently clashed over the proposals.

It was only when a young Syrian boy was captured by a photographer washed up dead on a Turkish beach that many European leaders began reacting to the crisis.

"The world is watching us," German Chancellor Angela Merkel said.

"If Europe fails on the refugee question, its close bond with universal human rights will be destroyed, and it will no longer be the Europe we dreamed of."

But despite the delayed reaction by Europe's leaders to agree to a quota system — the numbers of refugees fleeing to the EU they dream of increases every day.

© Sputnik / Vitaly Podvitski
Not Adding Up

Around 350,000 refugees are already in Europe, according to the International Organization for Migration, which leaves 140,000 refugees who will still need to be resettled after the compulsory quota system is implemented.

Germany expects 800,000 migrants and refugees to arrive this year and fully supports the EC's quota program. France, which had previously rejected any such system, has joined Italy in supporting the plan. But the sticking point still remains with Eastern European countries which remain steadfastly opposed to the plan, including Hungary which totally rejects the program.

And Britain which has chosen to opt out of the quota system faces being forced to pay the cost of relocating refugees — and pay the price for it in future negotiations on its relationship with the EU.

Speaking in Brussels, MEP Nigel Farage responded to Mr Juncker's call for a compulsory quota system, suggesting that people in Britain would vote to leave the bloc unless Mr Juncker "gives Mr Cameron back control over our borders".

However, in response to the intentions by Britain's Prime Minister David Cameron to renegotiate the UK's relationship with the EU, Mr Juncker said that the EU freedom of movement rules "cannot be touched".

The refugee crisis continues to complicate matters for the survival of the European Union with the compulsory quota system threatening to split members apart.  For the refugees, however — it's just about survival.