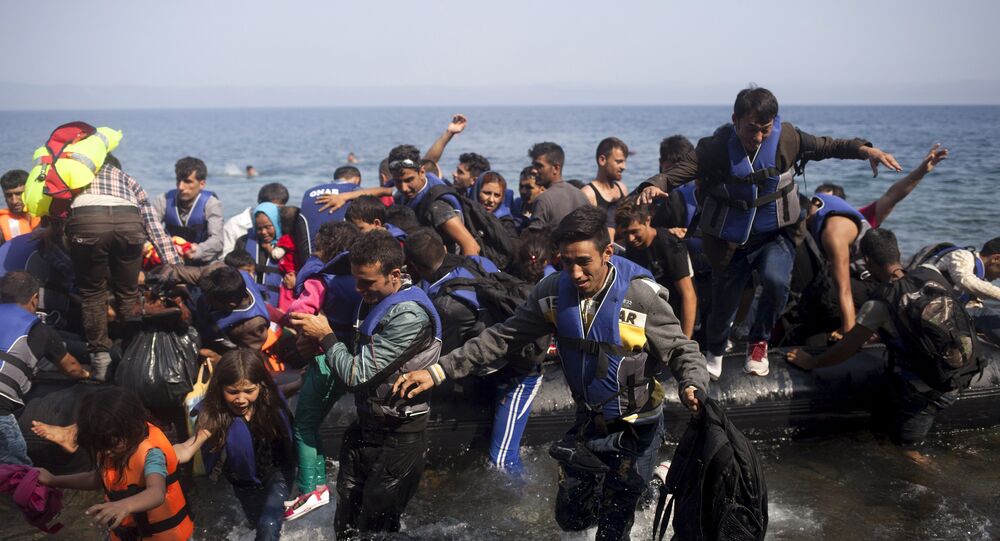 Media reports and statements by officials on Islamic State terrorists arriving to Europe under the guise of refugees are a sign of anti-migrant hysteria, a founding member of the UK No One Is Illegal pressure group told Sputnik on Tuesday.

"I don't think anyone has ever managed to produce an example of a terrorist who had previously been a refugee or asylum seeker. If such a person had ever actually existed, their pictures would have been all over the right-wing media for weeks… Their present source, "a jihadist", sounds as fishy as earlier sensational efforts," Bob Hughes said.

Hughes added that terrorist organizations seem to have "much easier ways of infiltrating the countries they want to harm: tourist and business visas."

"This [media hype] sounds like the re-emergence of a very old and nasty bid to spread hysteria against people in need," Bob Hughes said.

Hughes reminded of several examples in history where refugees were even killed because of rumors that there could be disguised enemies among them.

"In Korea, in 1950, a large body of refugees was shelled and machine-gunned by US forces at No Gun Ree, killing unknown numbers, in the completely unfounded belief that communist fighters were concealed among them. Troops were ordered to kill them all," No One Is Illegal UK founding member told Sputnik.

© REUTERS / Bassam Khabieh
Syrian Refugee to Sputnik: ‘I Told Myself I Had to Run to Save My Siblings’
Europe is currently experiencing a large-scale migration crisis, as thousands of refugees attempt to cross into the bloc.

According to the EU external border protection agency, Frontex, the number of refugees detected at EU borders between January and July stands at 340,000, three times higher than during the same period in the previous year.