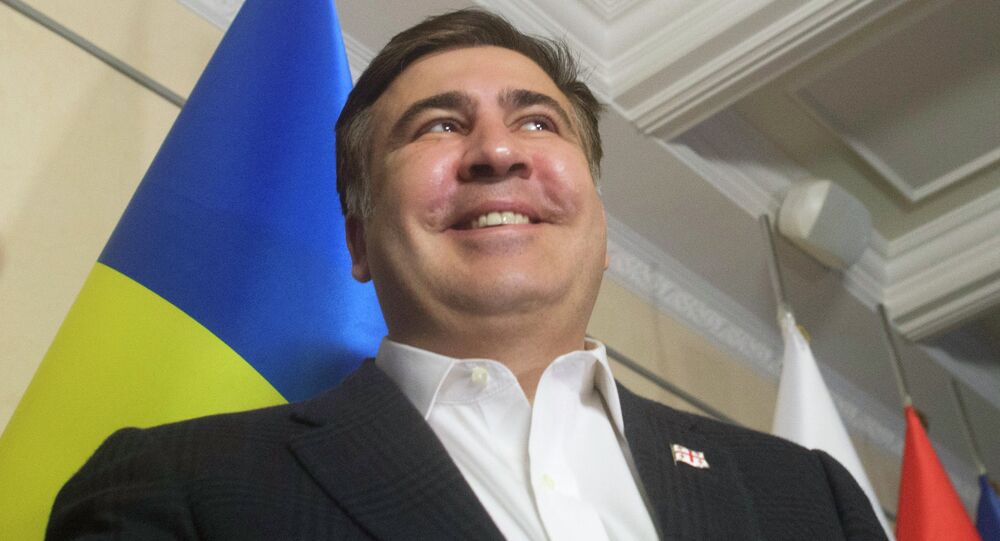 An Internet petition to appoint Odessa Governor Mikheil Saakashvili as Ukrainian prime minister attracted over 26,000 signatures and will be considered by President Petro Poroshenko.

© AFP 2021 / VASILY MAXIMOV
Now They Bite Each Other: Ukraine's Saakashvili, Kolomoisky Make Public Squabble
Ukrainian President Petro Poroshenko will now have to consider a petition to appoint Odessa Governor Mikheil Saakashvili as country’s prime minister after the document was signed by over 26,000 people, the Ukrainian TV channel 112.ua reported.

The petition was published on the official website of Poroshenko’s office.

According to the rules, the president has to begin considering the petition within three days. Then, after no later than 10 days, the results have to be made public.

The petition was submitted to the website on September 1. It needed 25,000 signatures to be considered.

Earlier, Saakashvili said he would not consider himself for the role of Ukraine’s prime minister.

According to the website, Ukrainian residents can send online petitions to the President. An Internet petition is considered if it attracts at least 25,000 signatures within three months or less.

Previously, petitions submitted via the presidential administration site never had attracted the needed number of signatures.

If an Internet petition is considered reasonable its provisions may be implemented by the president. The president can submit to the parliament bills aimed at tackling the issues raised in the document.

Only 2.8% of Ukrainians Ready to Vote for Yatsenyuk’s Party