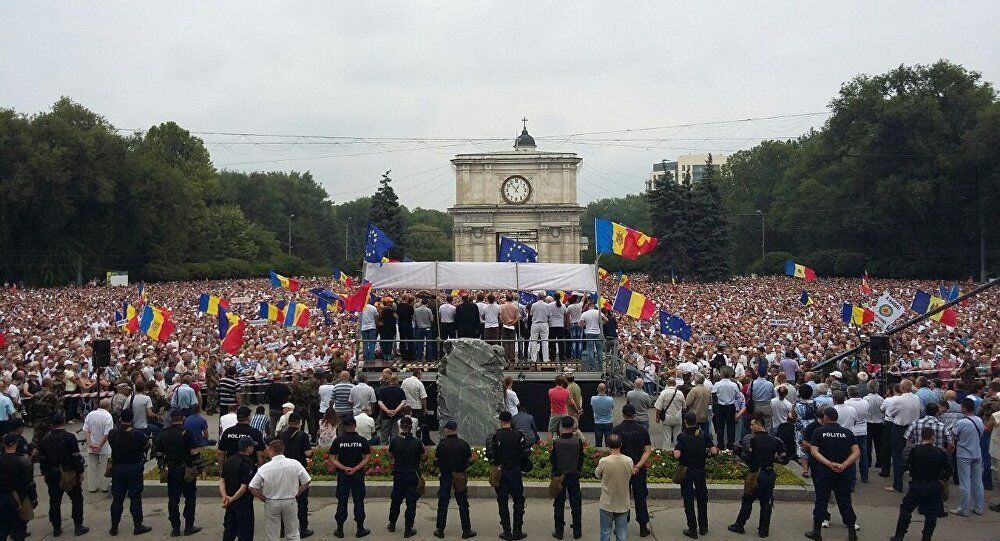 Are Moldova Bank Fraud Protests a 'Creation' of US State Dep't?

Anti-government protests in the Republic of Moldova are a creation of the US State Department that has gone out of control, a US anti-war and Democratic Party activist told Sputnik on Monday.

"It's possible that the new movement in Moldova is to the US State Department what Frankenstein's monster was to Dr. Frankenstein – a creation no longer under its creator's control," David Swanson speculated.

© AFP 2021 / STRINGER
Some 200 Moldovan Activists Rally in Chisinau Demanding Gov't Resignation
Swanson, who co-founded the WarIsACrime.org website and directs the Washington, DC section of the Democrats.com online community of progressive activists, argued for greater autonomy in Moldova even if his theory proves otherwise.

"In any case, we ought to assist them in such and agree on a policy of non-interference by all outside nations and alliances," Swanson stressed.

"Last year NATO warned that Russia could attack Moldova – the sort of warning that is likely to be a projection of a NATO desire to occupy Moldova – something NATO is actually quite open about," he argued.

Official estimates said approximately 40,000 people took part in the demonstrations on Sunday, while the organizers claimed it had rallied some 100,000 people.