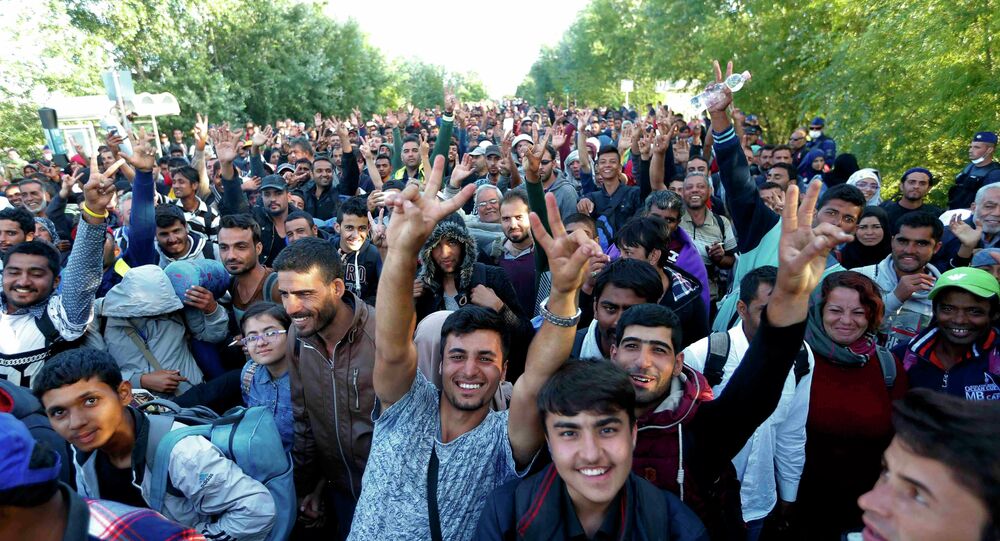 The Council of Europe’s Parliamentary Assembly President Anne Brasseur has called on the EU countries to step up to the plate on the migrant crisis.

© AP Photo / Marko Drobnjakovic
Hungarian Defense Minister Resigns After Meeting on Migrant Crisis
MOSCOW (Sputnik) — The Council of Europe’s Parliamentary Assembly (PACE) President Anne Brasseur urged Europe on Monday to step up to the plate on the migrant crisis, as the EU legislature prepares to tackle the surging refugee inflow in late September.

"Europe is in the centre of a migration and asylum cauldron… Each day more and more ingredients are being added to this melting pot of human suffering, and Europe can no longer bury its head and humanity in the sand," Brasseur said at a parliamentary meeting in New York.

The Parliamentary Assembly will gather on September 28 to October 2 for the autumn session, which is to focus on the refugee crisis in Europe.

Brasseur criticized the EU nations for "the lack of an organised European response to the 300,000 refugees arriving and travelling through Europe," saying a smaller country of Jordan was able to give shelter to 600,000 refugees from Syria and Palestine.

Europe is struggling with a massive influx of migrants who have been coming to Europe in hundreds of thousands since the start of 2015, in an attempt to flee war-torn countries like Syria, Afghanistan and Eritrea.